Home » Family Life » Our Journey from Breastfeeding to Formula, part 2
This post may contain affiliate links view our disclosure

On Monday, I started telling the story of my breastfeeding experience. If you haven’t read the first part, I would suggest you start there. So, my story continues with W turning a week old and we were in the middle of the vicious cycle of putting him to the breast, trying to use the syringe at the breast and if that didn’t work then I finger fed him using the syringe before someone took him so I could pump for at least 10 minutes with my double pump. 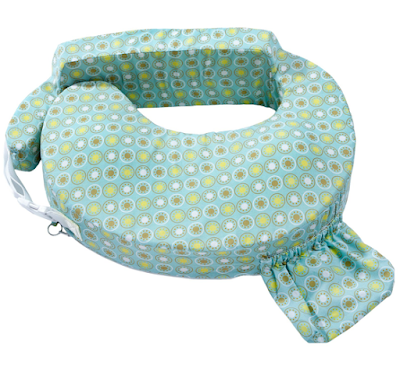 One thing that definitely helped a bit with positioning was the My Breast Friend pillow I bought during my visit to the lactation specialist. I also bought a Hands-Free pumping bra which I could not have survived without! I had originally registered for and received a Boppy but that proved to be less than effective for me when it came to breastfeeding because of the way it sagged in the middle. The My Breast Friend pillow is much more firm and has a strap that went behind my back to help it stay in place. The Boppy came in handy for many other uses including helping me sit more comfortably in those weeks I was healing. I didn’t discover this until about a week and a half in, but it will be great for next time! But back to breastfeeding…

Based on the lactation specialist’s advice, I started taking Fenugreek. I also tried to increase my water intake even more although that has never been an issue for me. I’m a water drinker and have been for a long time. After reading more about supply issues, I also began eating oatmeal at least twice a day. These steps were just the beginning of what I would do to try to increase my supply.

On Sunday, the lactation consultant called to see how W was doing. I explained that he was latching decently but continued to fall asleep and that his jaundice wasn’t getting any better. In fact, if I’m honest, it was getting worse. That was when she told me something that upset me and gave me comfort at the same time. She said that we probably needed to start supplementing with some formula.

Now, I know many people want to tell me how this advice was the first step towards a downward spiral. Perhaps it was, but my son was not getting enough to eat. He was lethargic and he was jaundiced. We were very close to a trip to the hospital. I’m sure he had lost even more weight. I was not pumping enough during my pumping sessions to keep him fed. I was not even pumping 1/2 an ounce total from both breasts. It wasn’t enough.

Even though I wanted to hear someone I believed knew what they were talking about tell me what to do, it made me extremely emotional. I wanted her to tell me to give him some formula but when she did, it brought up so many emotions. Still, it had to be done. At the time I was upset and I didn’t understand why we were struggling. I prayed so often during those first few weeks. I prayed for help, I prayed for my supply, and I cried a lot. Looking back, I know that the emotional stress I was experiencing during those early days didn’t help the situation at all but it wasn’t something I could change at the time.

So, my mom went out and picked up some ready-to-feed formula and we added it into our routine. I would put W to the breast, then finger feed him with the syringe (first any pumped breast milk then formula), and then I would pump while someone burped W. No matter what anyone wants to say about using formula, it helped. We began to see a change in W within a day. He was less lethargic and he was a good eater! He didn’t fall asleep when being finger fed and he was eating! Every ounce of formula I gave him felt like failure at the time. It was hard for me not to cry while giving it to him even though I was seeing an improvement.

I wouldn’t let anyone help me with it. My mom and J both offered to do the finger feeding as I was still against using a bottle because I didn’t want to add one more thing to the mix that might make it more challenging. So it was syringe after syringe of breast milk then formula. After a few days I did let them help with the finger feeding because it enabled me to sit down and pump a bit quicker which gave me a bit of breathing room in the cycle.

Eventually I began to pump a bit more milk although it was not nearly enough to meet W’s needs even when he was only 2 weeks old. So the cycle continued. I purchased an SNS (Supplemental Nursing System), hoping to encourage him to stay on the breast longer but it was more of a frustration than anything else. I would get it right sometimes and then I would get extremely frustrated during the nursing sessions when I couldn’t get it working. Breast milk would be dripping all over the place and watching those little drops I’d worked so hard to get soaking into blankets and clothing was overwhelming. Those sessions would leave me crying which I knew wasn’t helping the situation at all. 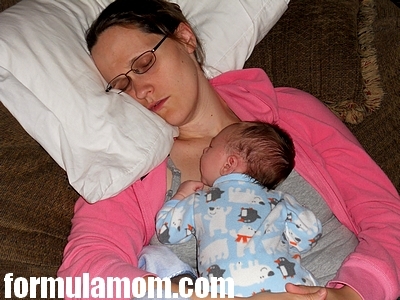 There were moments of success during these first few weeks. There were nursing sessions when W would latch on right away and be productive on the breast for 15-20 minutes. Those were the moments that gave me hope. I read somewhere that being a mother was not about my own emotional needs, but about the needs of my child. That helped me to cope with every ounce of formula I gave him because I knew I was helping to meet his physical needs. The amount of milk I was able to pump began to increase slightly but even an extra mL or two gave me hope! The days when I was able to pump 1/2 an ounce total in one session were days when I thought something just might work out! I sure was working hard at it and hard work deserves some reward, right?