What’s not to love about dinosaurs? My kids both think they’re some of the most interesting creatures in existence. I’m a huge fan of dinosaur movies so a Dinosaur themed movie night is definitely fun for the whole family especially with Jurassic World: Fallen Kingdom now available on Blu-Ray. We had a family movie night this weekend featuring an easy Dinosaur Dirt Cup Recipe the kids made together!

Read on for fun ideas to help you plan your own movie night with your family! 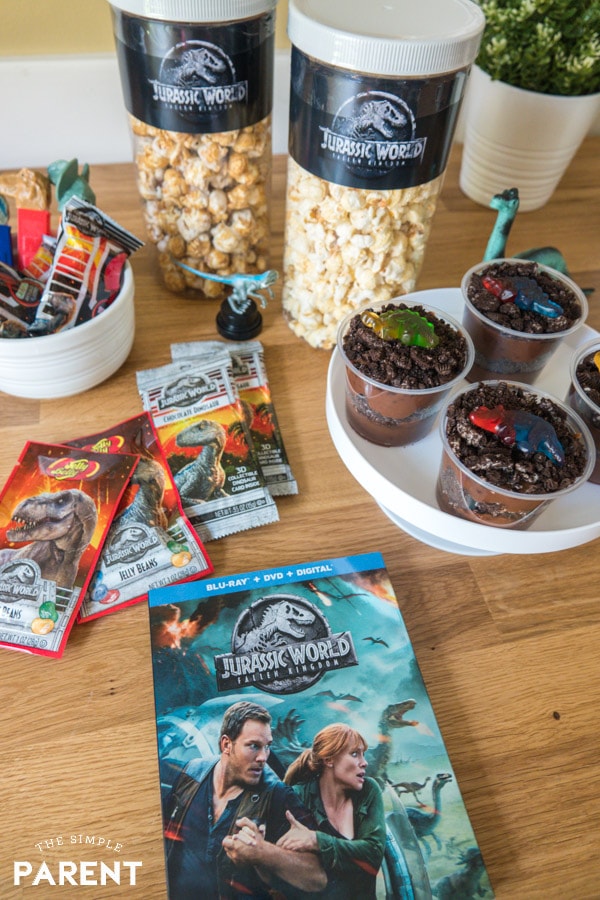 A few weeks ago we shared some of our favorite dinosaur crafts in honor of the release of Jurassic World: Fallen Kingdom on Blu-Ray, Digital, and DVD.

Now that Jurassic World: Fallen Kingdom is available on Blu-ray (featuring more than an hour of bonus content), it was time for family movie night! 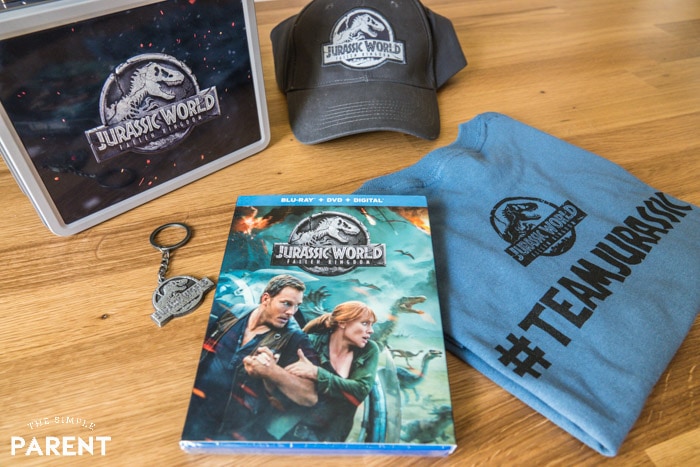 If you didn’t see the movie when it was in theaters, now is your chance to see it! It was a great date night movie and would make a great date night in. But if you’re looking for something fun to do with your family, a dinosaur-themed movie night is always a blast!

You can plan one even if your kids are younger. They can enjoy the goodies like popcorn, dirt cups, and more before they go to bed. Then everyone else can watch the movie together! Reading a dinosaur-themed children’s book is another great way to turn it into a fun evening for the little ones.

As I mentioned, dinosaurs are kind of a thing in our house right now. So the release of Jurassic World: Fallen Kingdom is pretty great timing for us.

Justin and I have found that one of the best ways for us to spend some time together even when we can’t get out on a date night is to enjoy a movie at home. He has a major love for movies and he’s passing it down to Carrigan too.

So whether it’s date night or a family night, movies generally have a pretty big part in things on the weekends. 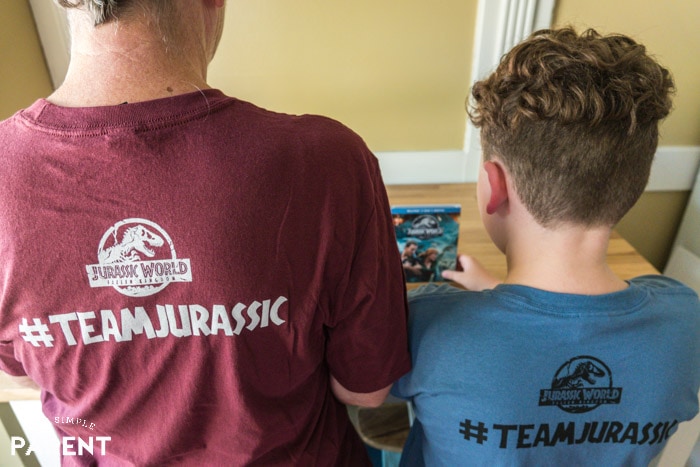 When we had the opportunity to plan our own Jurassic World family movie night, everyone was excited to join #TeamJurassic!

Weston has been loving the action that the movies are filled with and loves to try and figure out of the dinosaurs are based on facts. He’s big into researching right now so it’s fun to see him want to go learn more after watching a movie! 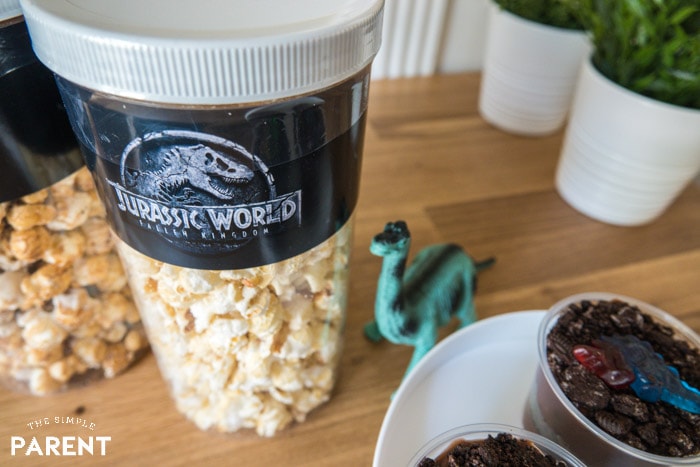 When you plan a movie night, you can keep it as simple as a popcorn and a movie. Let everyone in your family have a turn choosing a movie and you can easily start a weekend tradition.

If you want to amp up your family night a little bit more, there are some easy ways to do it! We took our favorite dirt cup recipe and gave it a dino theme to go along with Jurassic World: Fallen Kingdom! 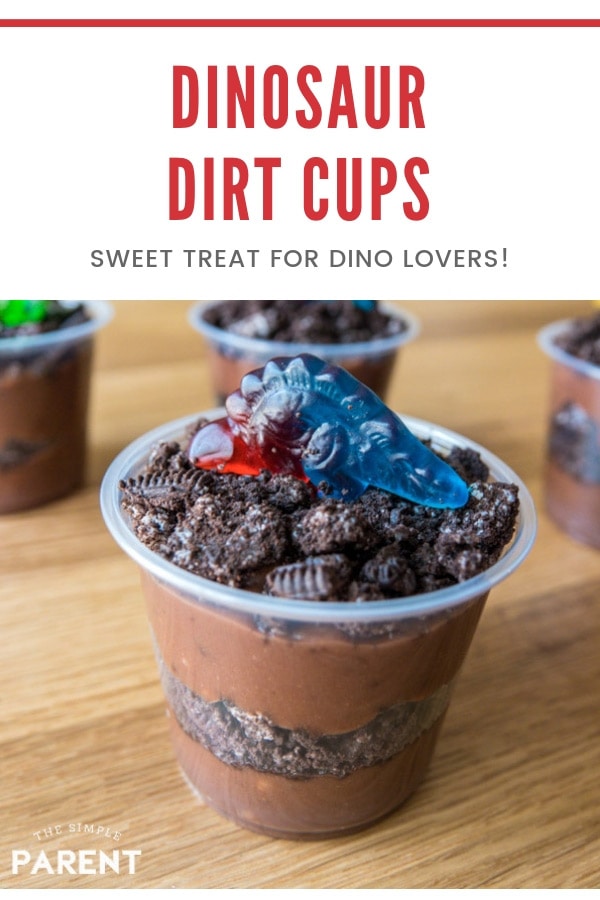 If you’ve had dirt dessert cups before, then you know how to make this dirt cup recipe. It’s super simple to make and it’s even easier to give it a dinosaur twist!

Depending on what you can find at the store, you could use gummy dinosaurs or just get some little plastic toy dinosaurs to put on top. 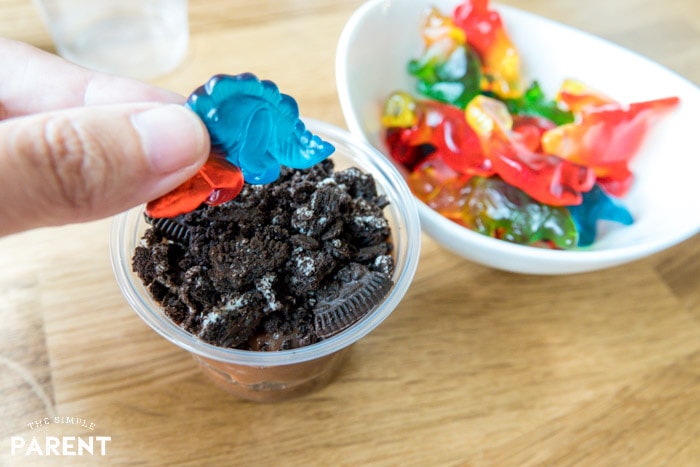 If you can find some chocolate candy rocks, they’re pretty fun to put on top of this dirt cup recipe, but I can’t always find them at my local grocery stores.

You can find the printable dirt cup recipe below but it’s pretty basic. I love that you can whip up a batch of dirt cups in just a few minutes. They’re great for last minute playdates and fun too. 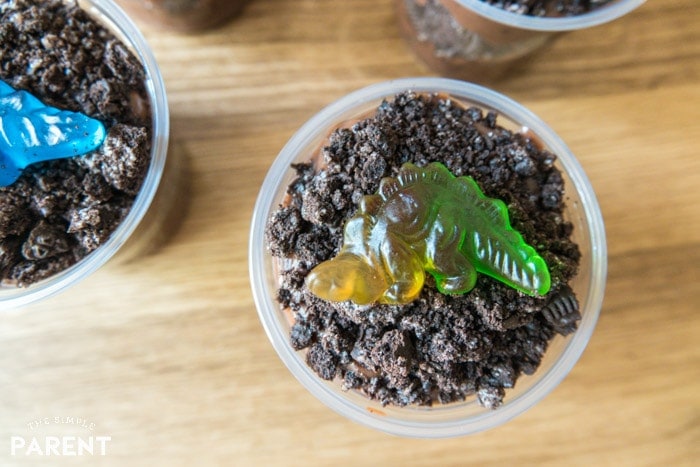 All you have to do is prepare your pudding according to the directions on the box (unless you go with some pre-made chocolate pudding) and crush your sandwich cookies. 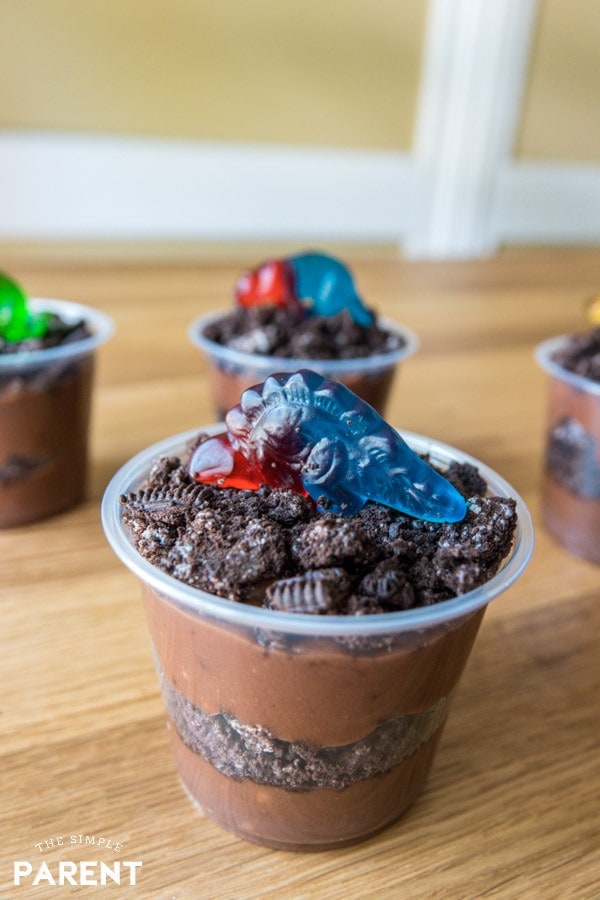 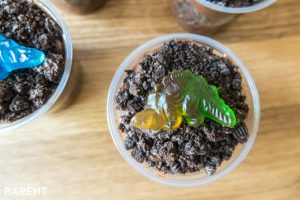 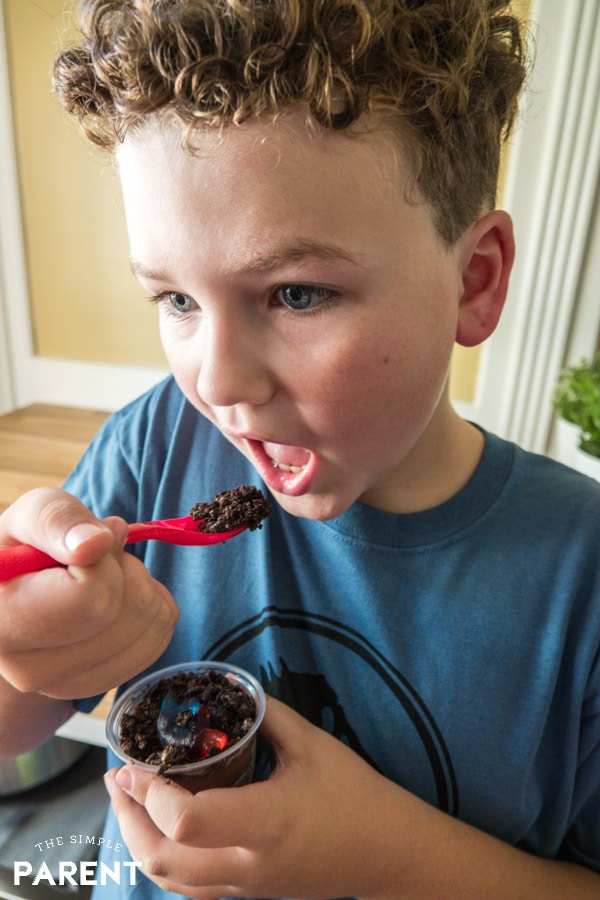 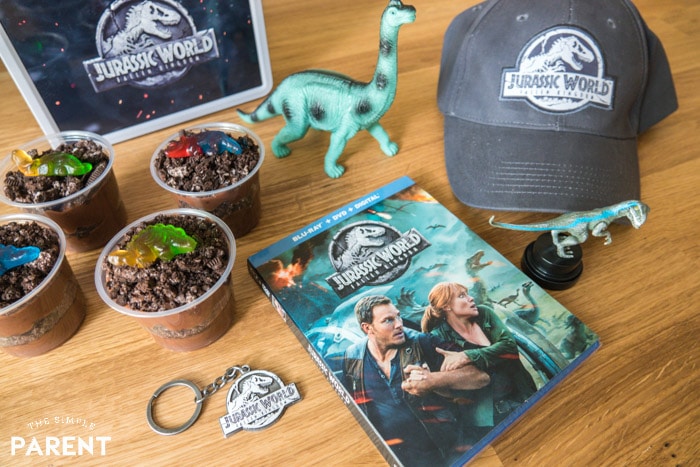 I’m so excited that we have our own copy of Jurassic World: Fallen Kingdom. I plan on watching it a few more times (because I can’t resist a Chris Pratt movie) and because I’ve seen all of the Jurassic movies more than a few times!

If you haven’t seen it yet, you’ve got to see it! Check out the trailer before you see the movie. Then watch the movie to find out what happens when the park is gone!

Jurassic World: Fallen Kingdom is available now! So get your copy, make our dinosaur dirt cup recipe, and enjoy a movie night with your family!

Leave a comment telling us what you would include in your dino-themed movie night or party!