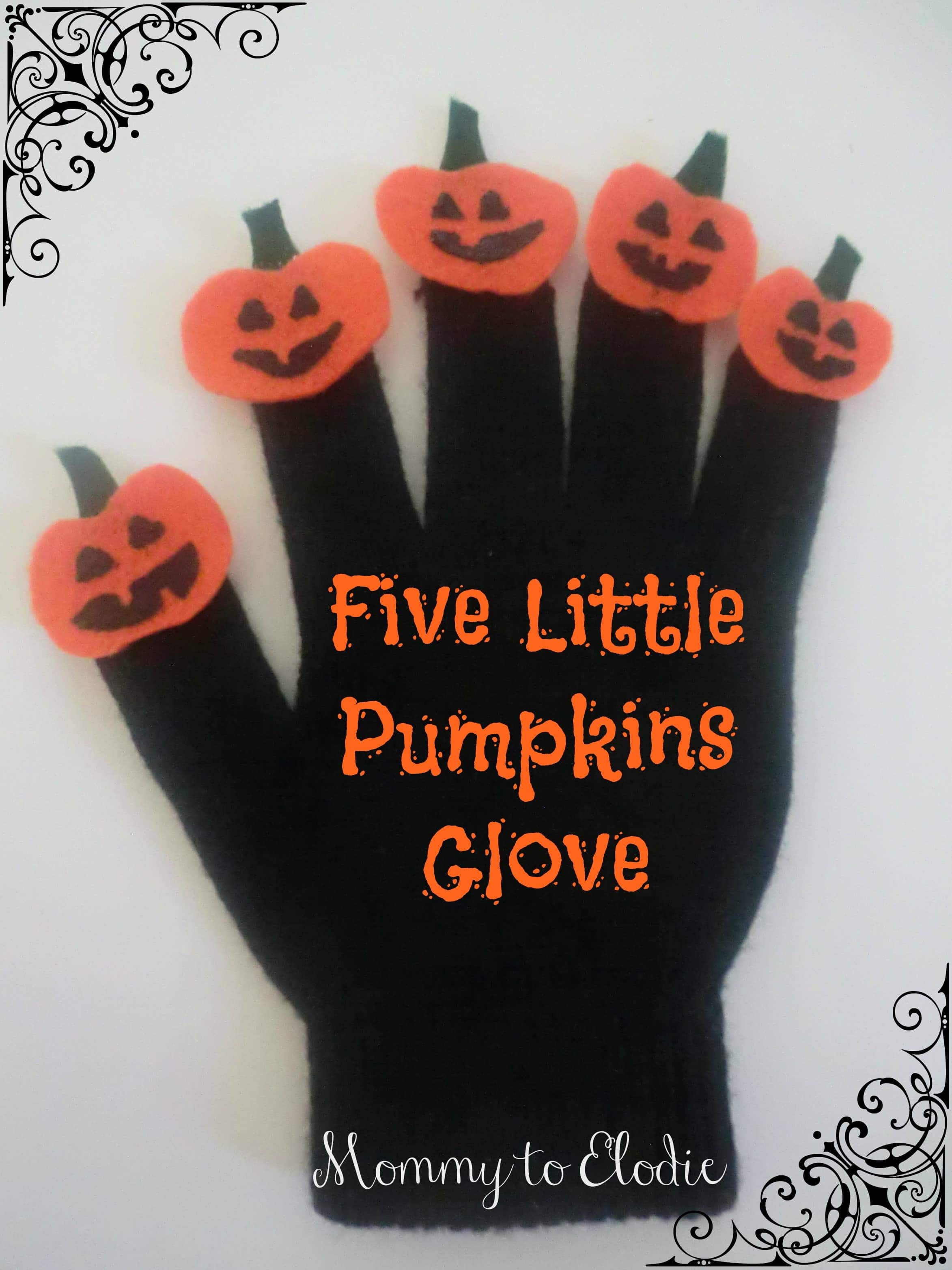 October is here and that means Halloween is right around the corner! Get into the spirit of Fall with this fun pumpkins craft inspired by the poem “Five Little Pumpkins Sitting on a Gate!”

The whoosh went the wind and out went the light, and the five little pumpkins rolled out of sight! 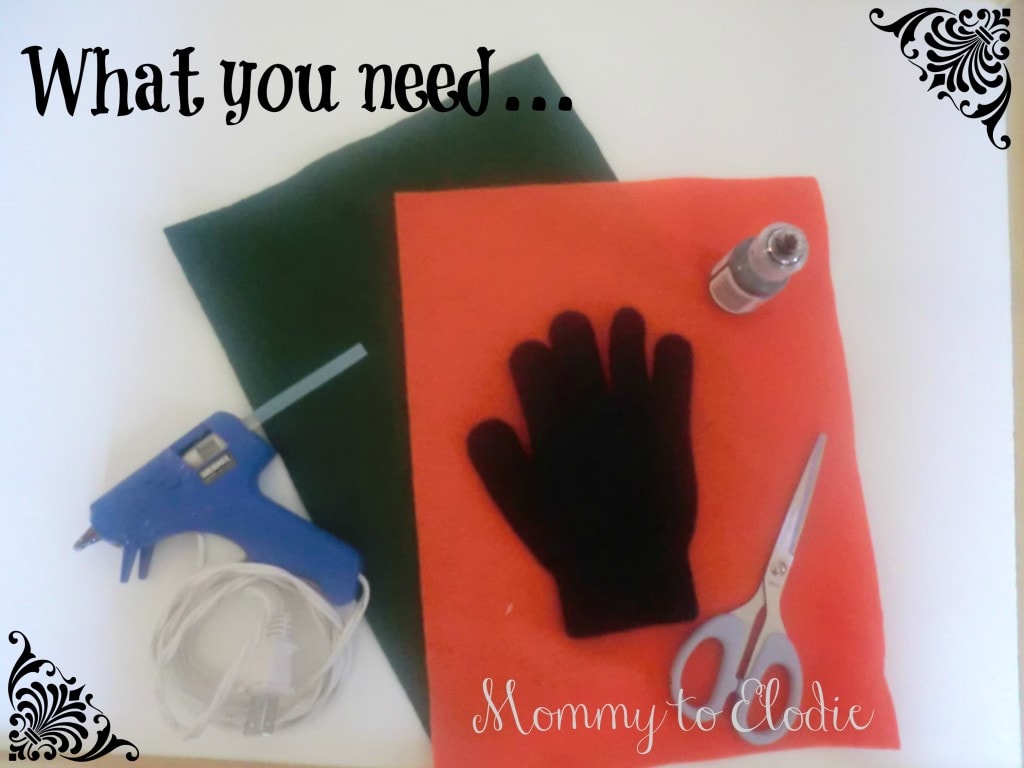 This glove is perfect as a visual aide for the poem. It also teaches numbers, counting, and makes it easy to curl up your fingers and hide the pumpkins when they roll out of sight!

I did not use any kind of template for my pumpkins and I didn’t try to make them all look the same. I thought it was more fun to give each one it’s own little personality. I made the biggest pumpkin for the thumb and the smallest for the pinky finger.

Tip: I cut the stems larger than they needed to be on the bottom so I would have a place to glue it on to the pumpkin. 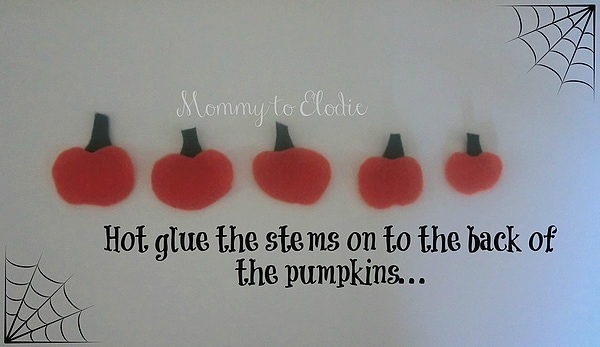 I used a very small dab of hot glue to attach the stems on the back of the pumpkins. 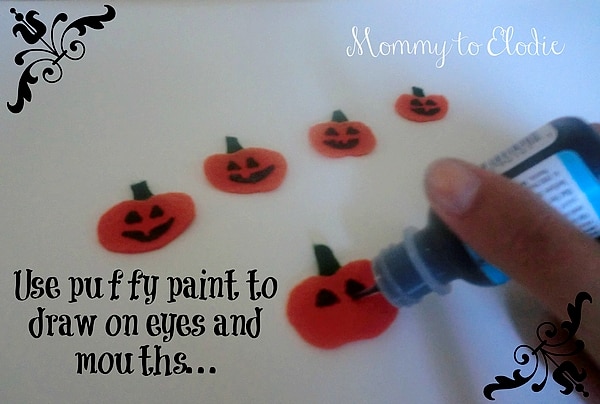 Again, I freehanded my puffy paint like I did when I cut out the pumpkins. It helped add some personality to my little pumpkins.

Tip: Shake up your puffy paint and squirt it out on a piece of scrap paper to get the paint to come out smoothly and evenly before attempting your tiny pumpkin facial features. 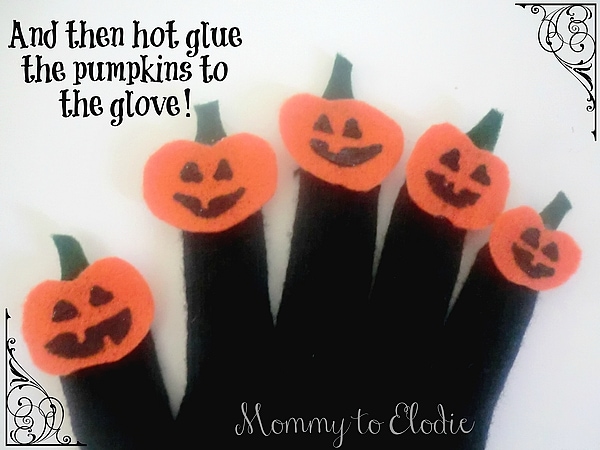 After the puffy paint dries, glue your pumpkins to the glove. Have fun chanting this fun poem over and over again in anticipation of All Hallow’s Eve!

How do you get your child involved in the holiday season? Do you use poems, songs, crafts?

About the guest contributor: Kari is Mommy to Elodie, a blogger and former preschool teacher. When she’s not blogging or making crafts while Elodie naps, she enjoys a nice cup of tea, event planning, and going on adventures with her fun toddler daughter all around San Diego!