One thing that was wonderful about Christopher Robin was the exploration of the Robin family relationship. Bronte Carmichael is great as Christopher Robin’s daughter, Madeline. She fit right into the feeling of the movie and I was excited to have the opportunity to interview her as part of the #ChristopherRobinEvent.

Thanks to Disney for hosting me in Los Angeles for this press event in exchange for sharing my experiences. 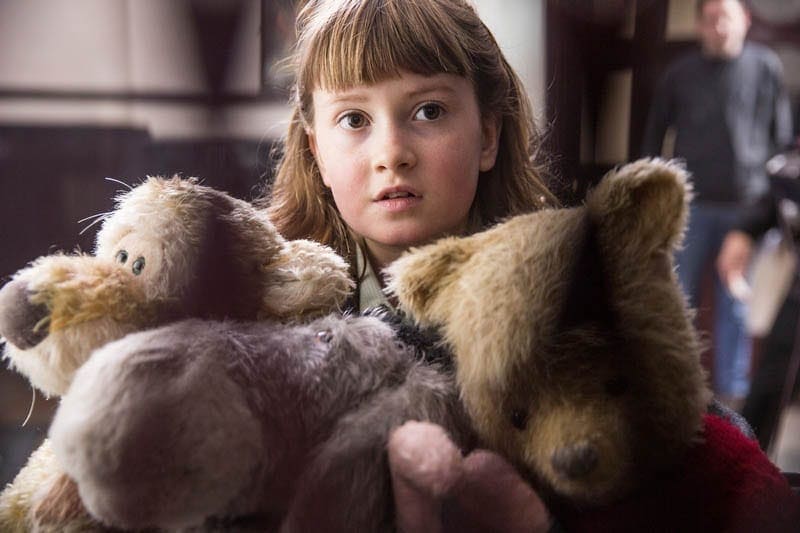 Madeline Robin is a new character in the world of Winnie the Pooh. She is the daughter of Christopher and Evelyn Robin (Ewan McGregor and Hayley Atwell). She is a lot like her father was as a child. She’s kind and brave. In the film, she is struggling with how much her father works and finding a connection with him. It’s not an unfamiliar struggle for some families.

Madeline spends a lot of time with her mother but wants her father to be with them. When Christopher Robin loses his very important things, she comes to his rescue thinking that if she helps him then he’ll listen to her and what she wants in her life.

It’s a very familiar sentiment for many kids growing up. 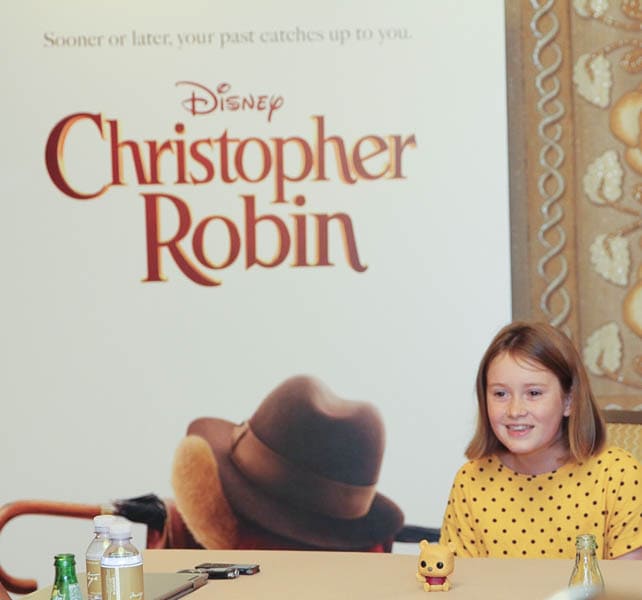 Bronte Carmichael was born into a family of actors. She is the daughter of actor Tristan Sturrock and actor/director Katy Carmichael. A fun fact about her family and Christopher Robin is that her parents are both in the film as well!

They play Christopher’s mother and father early in the film. Acting definitely runs in the family. Bronte said that it was pretty funny to have her parents in the movie.

“I knew the boy who played young Christopher Robin and sometimes we drove back to the hotel together. We’d always have these weird conversations about my mum’s playing my grandma and then my dad’s playing my grandpa, and it’s… it’s all a bit confusing.”

But she was definitely all smiles about it when she shared that little fun fact with us. 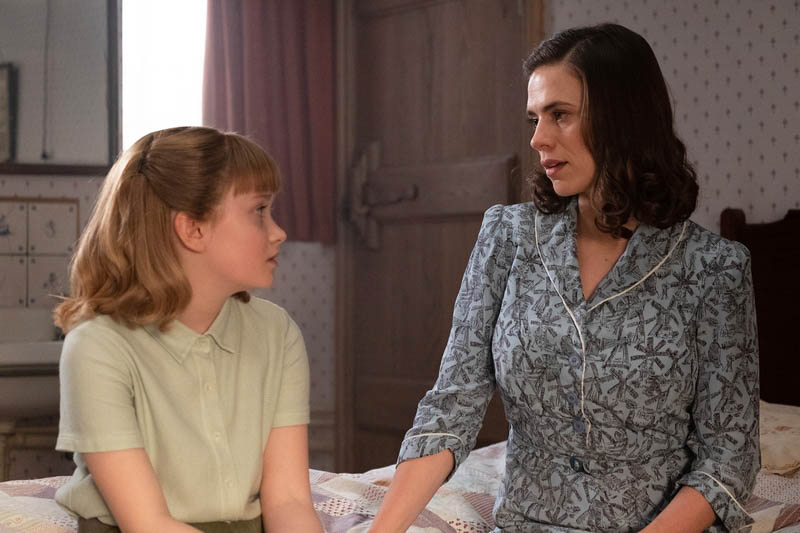 We chatted with her about advice — the advice her parents gave her upon getting the role of Madeline Robin and the advice she has for other kids who want to go into acting.

I think she did a wonderful job!

As for her advice for other kids, she just said, “Be there in the moment.”

She echoed her parents’ advice and said they should be natural and not let things get in the way. Just let it flow! 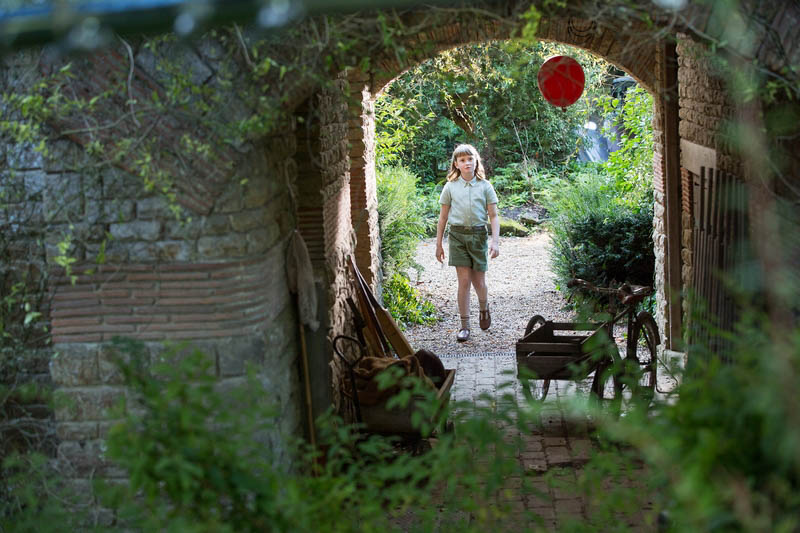 BRONTE CARMICHAEL ON WINNIE THE POOH

Like so many of us, Bronte Carmichael grew up on Winnie the Pooh. Her parents used to read her the stories and that’s how she discovered and grew to love the characters.

One of my favorite questions of the interview was about Winnie the Pooh.

Do you think there’s ever an age that anyone will outgrow Winnie the Pooh?

“No. I think it should always be like a special thing. No one should… Pooh is a very special character. Like, he’s just so simple.”

Even at her young age, she was able to recognize the special something that Pooh has that seems to speak to all of us in some way.

Her favorite line from the movie also summed it up so well too.

“Madeline’s explaining to Pooh that you can’t just, nothing comes from nothing, and then Pooh tells her that nothing is the very best something.” 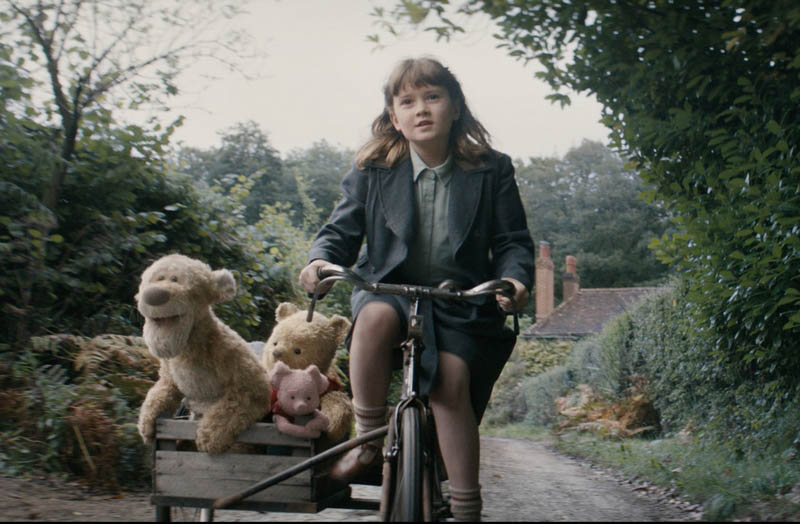 We asked everyone we interviewed about their favorite characters or which Hundred Acre Wood friend they related to the most. We all seem to have one or two (or maybe a bit of each of them) and Bronte was no different.

She thinks she’s either like Piglet or Tigger. The Piglet in her gets nervous about certain things, especially when it comes to acting.

“There can be certain takes that you aren’t that confident on, you can feel like Piglet sometimes. And then when you’re with Tigger you can be really excited about something. I was definitely excited about coming to Disneyland while I was in LA, so you know, I felt like Tigger.” 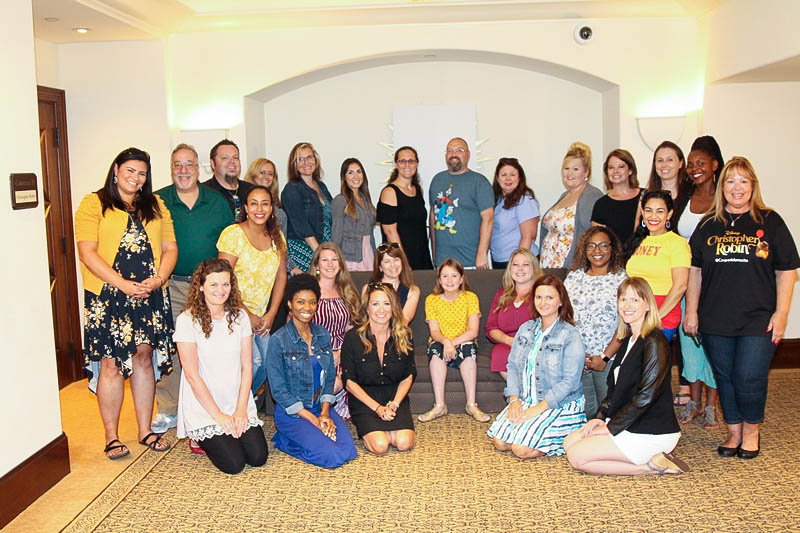 If you haven’t seen the movie yet, be sure to check out our Christopher Robin movie review and see why I thought it was a good family-friendly movie. 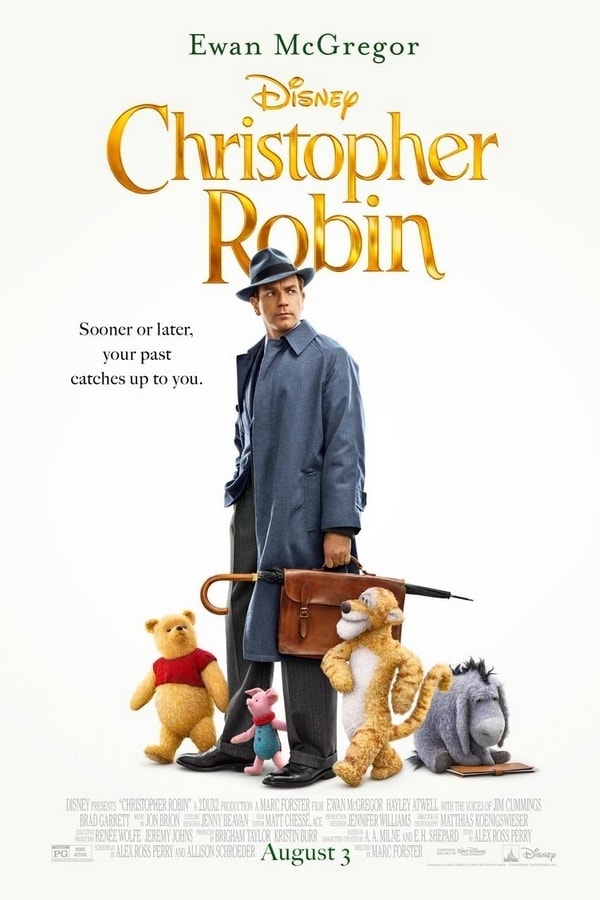