If you have elves that visit your home around the holiday (or you’re thinking of starting this tradition), introducing the Elf on the Shelf rules is one of the first steps.

You can make up your own elf rules, but if you follow the Elf on the Shelf book there are some specific ones mentioned. Still, the great thing about this fun holiday tradition is that you can really make it your own!

For an easy way to introduce the rules of elf to your kids, scroll down to get the FREE Elf on the Shelf rules printable. Read on for more information about all of it! 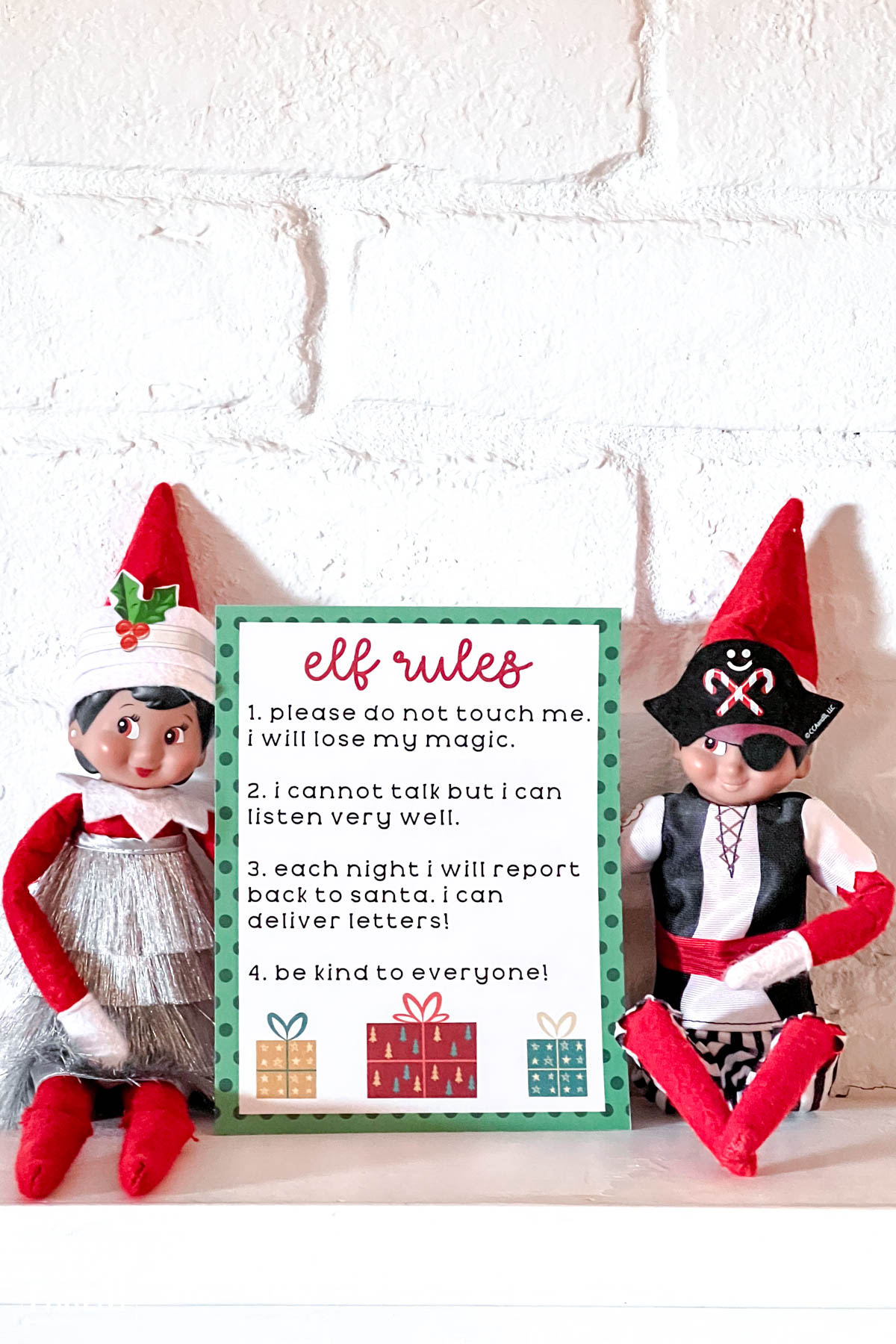 ELF ON THE SHELF RULES

In case you’re new to this, Elf on the Shelf is a holiday tradition where Santa Claus sends scout elves down to earth to keep an eye on all the children while he’s busy getting things ready for Christmas.

There are some rules associated with the Elf and his/her magic, but it’s also important to remember that this is also a tradition that is flexible and you can use it in any way that works best for your family!

If you’re looking for ideas for your elf, check out our 50+ Easy Elf on the Shelf ideas!

WHAT IS ELF ON THE SHELF?

When you buy an Elf on the Shelf, you get a scout elf and a storybook that explains the elf to your child. The book outlines who the elf is and why they’re visiting your house. In the story, the book also outlines the Elf on the Shelf rules that your kids must follow during their elf’s visit.

Some people follow the book strictly while others do their own thing. We use the basic elf rules and the Elf on the Shelf (some people even buy a different elf) but we don’t really have elves that cause any mischief.

In the past, they have just hidden each day. This year I plan to use them as sort of an advent calendar with them bringing a little treat to the kids each day.

There are a variety of Elf on the Shelf elves to choose from!

WHAT ARE THE RULES FOR ELF ON THE SHELF?

The Elf on the Shelf has three official rules that most families abide by. The rules are outlined in the storybook. 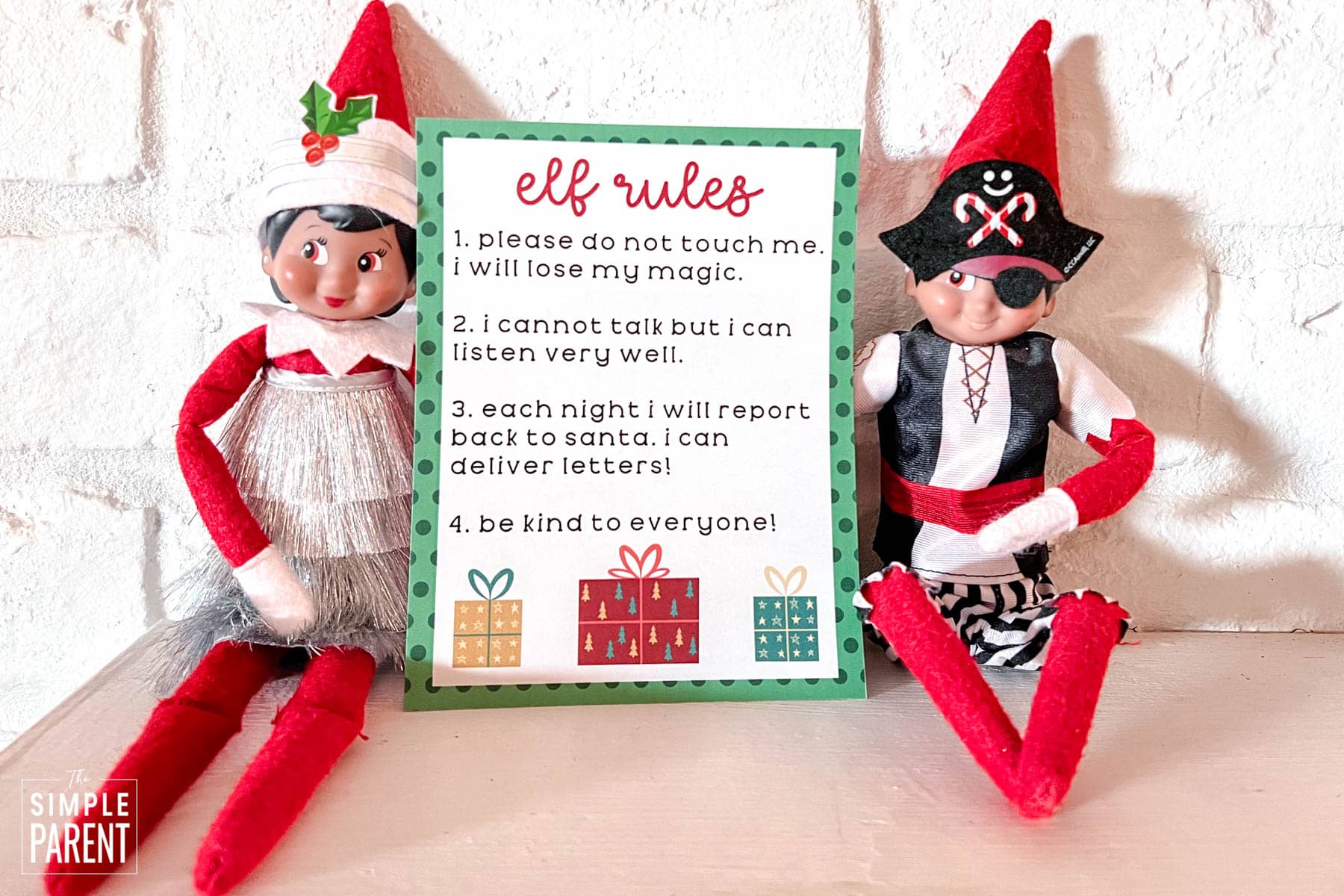 If the elf gets touched, they’ll lose their magic and won’t be able to fly back to the North Pole to report back to Santa. This is the big one that makes life easier for us as parents.

Your kids can talk to their elf and let them know what they want for Christmas. Their elf can take their messages back to Santa each night.

When your kids go to bed that night, their elf will fly back to the North Pole until next Christmas.

If you’re still figuring out how this whole thing works, there are a few Elf rules to help out parents:

We’re not moving our elves this year, but I’ll still need to set a reminder to get out the goodies before the kids are up! 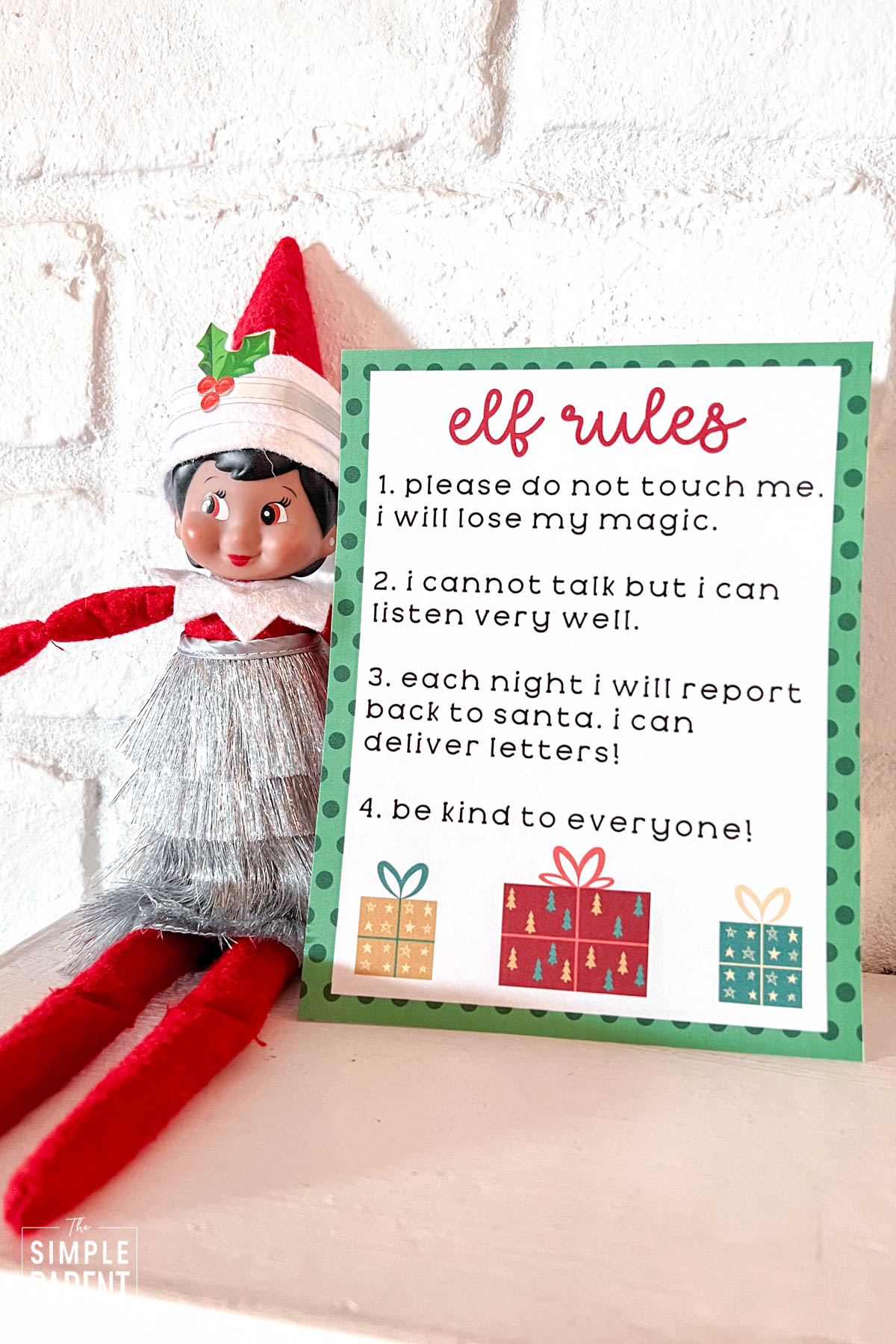 ELF ON THE SHELF RULES PRINTABLE

If you want your own rules cheat sheet, print the Elf on the Shelf printable rules below and keep them handy!

HOW TO USE ELF ON THE SHELF PRINTABLE RULES

If you need more printables, you can also get free printable Elf on the Shelf letters for arrival and goodbye. 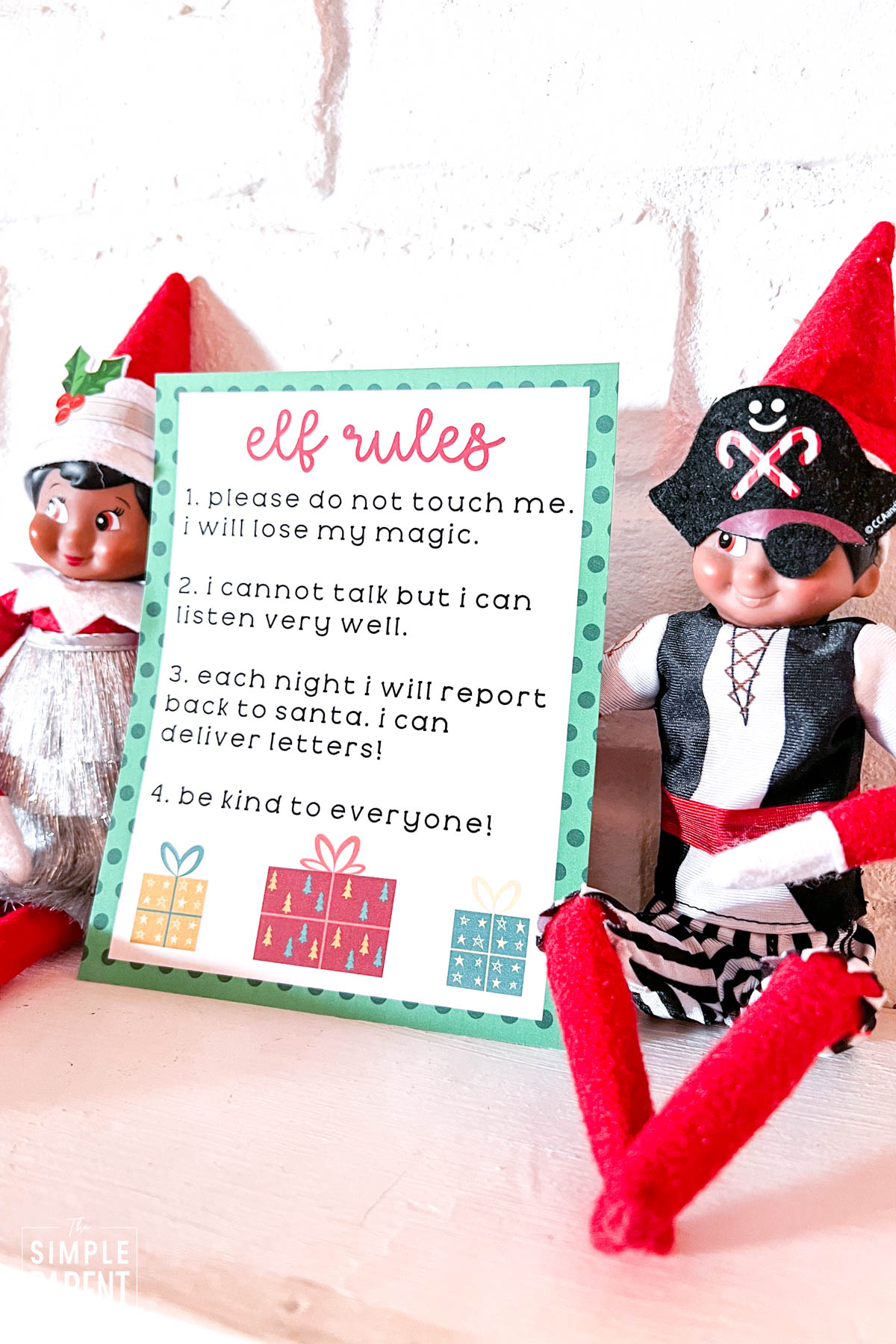 WHAT HAPPENS IF YOU TOUCH THE ELF ON THE SHELF?

Kids are not allowed to touch the scout elves. The elves are very fragile and if human children touch them, they lose their magic and their ability to communicate with Santa!

Now, let me be real for a moment, if your child does tough the elf, it’s all in how you handle things.

If it was done on purpose, you can have the elf stay at the North Pole for a day to have their magic fixed.

You can also do some easy activities to help your child recover (because they will probably be upset):

The most important thing to remember about the Elf on the Shelf is that it is your family’s tradition. Don’t be afraid to make it your own.