Home » Entertainment & Technology » Interviewing the Stars of How To Train Your Dragon: The Hidden World
This post may contain affiliate links view our disclosure

How To Train Your Dragon: The Hidden World opens in theaters everywhere on Friday, February 22, 2019!

This post is in partnership with Universal Pictures who gave me the opportunity to visit DreamWorks Animation to learn more about How To Train Your Dragon: The Hidden World and chat with some of the cast! 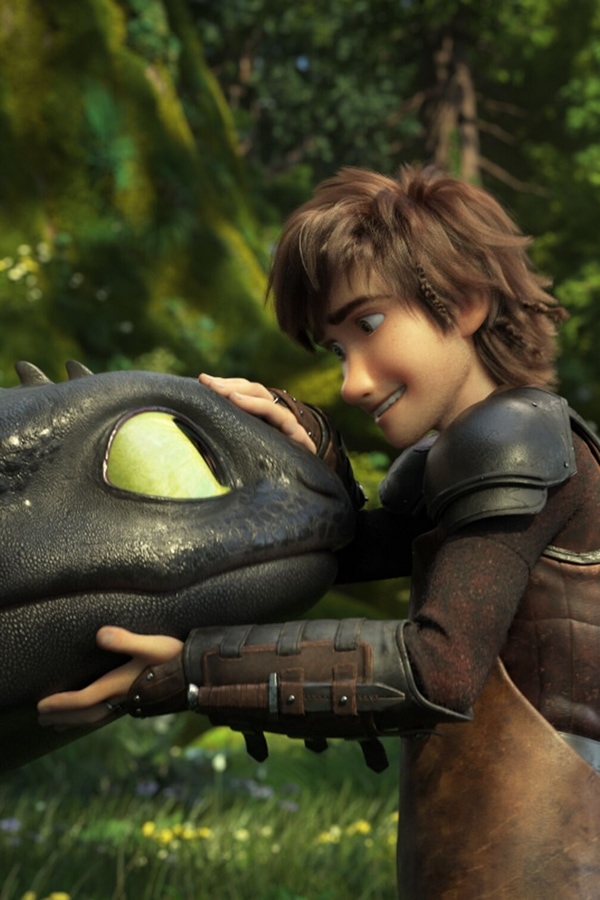 All images courtesy of Universal Pictures.

HOW TO TRAIN YOUR DRAGON: THE HIDDEN WORLD

If you have kids then you probably know a bit about Hiccup, Toothless, and the world of How To Train Your Dragon. I have to admit that I saw the first movie before I even had kids! I’ve been hooked since then! If you haven’t introduced your kids to the world of my favorite dragon, the release of the third (and final) movie this Friday is the perfect time to get your family hooked.

(No, you don’t have to have seen the first two movies to enjoy the third. But I think you’ll want to see them!)

How to Train Your Dragon: The Hidden World is a story about growing up and finding the courage to face the unknown that’s out there in our world. It brings the message that nothing can ever train you and prepare you for letting go.

Warning — you might cry. I know I did. But I’ll share more about that later this week!

Now chief and ruler of Berk alongside Astrid, Hiccup has created a gloriously chaotic dragon utopia. When the sudden appearance of female Light Fury coincides with the darkest threat their village has ever faced, Hiccup and Toothless must leave the only home they’ve known and journey to a hidden world thought only to exist in myth. As their true destinies are revealed, dragon and rider will fight together—to the very ends of the Earth—to protect everything they’ve grown to treasure.

If you haven’t seen the trailer for How To Train Your Dragon 3, watch it now! Then be sure to snag tickets to see it with your family this weekend!

While visiting DreamWorks Animation in Los Angeles, I had the opportunity to learn more about the new movie and the How To Train Your Dragon franchise from two of the actors who bring such heart to the film — Jay Baruchel (“Hiccup”) and America Ferrera (“Astrid”).

Their voices are the voices at the heart of the world of our favorite dragons and it was amazing to learn more about the movies from the people who have been part of it all since the very beginning.

WHAT DO YOU HOPE KIDS TAKE FROM THE MOVIE?

Jay Baruchel shared something that really spoke to me as an adult and a mother. He said change is inherently difficult, but just because it’s difficult, it’s not to be avoided.

Nothing worth experiencing comes easy.

I think this is an important message for all of us, no matter how young or old we are!

America Ferrera agreed and I love what she had to say.

She believes it’s about finding the courage to say, “Can I pass this threshold, can I become who I need to be to meet this next challenge?”

I believe this is the question we all ask ourselves a lot these days and teaching our kids how to push to meet the challenges is so important. So hearing these two stars share their sentiments had me ready to see the movie all over again!

This is one of my favorite questions to ask the cast of movies because I love hearing about the parallels they draw, especially when it comes to animated films.

So how does America Ferrera feel she and Astrid are alike?

Jay Baruchel was able to point out a lot of qualities he shares with his character.

He’d also like to think he’s as principled as Hiccup. But if not, he claims he’s at least as stubborn as him!

Jay Baruchel confessed it would look a lot like his basement does now. But he didn’t go into any more detail. Am I the only one that wants to know what he’s got going on in his basement now?

If you’re a busy mom like I am, I think you’ll be able to relate to her answer.

Her hidden world would have lots of soft beanbags to nap in because she’s a new mom. She said sleeping is probably all she would do in her hidden world. But she’d also have a big Netflix screen, popcorn, and Sour Patch Kids.

This is a hidden world I can get in on!

Jay commented that it was, “Very attainable.” I agree and now I want one of my own!

My favorite part of the interview came when Jay Baruchel talked about some advice his mother had given him when he was growing up. It’s advice that I know would have helped me and I hope I can use to help my kids.

WHAT ADVICE WOULD YOU GIVE CHILDREN THAT ARE IN THE AWKWARD STAGE?

He said he would love to be able to go back and tell himself when he was in that stage that there is such a thing as a late bloomer.

His mother would say to him that if you feel like school is unfair and you wonder why the popular kids get all the attention and how they keep on winning, and you feel like you’re on the bottom rung.

This was so powerful for me. It spoke to my high school self who felt like she didn’t really fit in at school. It speaks to me now as a parent.

I’m so thankful for the How to Train Your Dragon franchise and all of the great messages it’s brought to our children. Toothless, Hiccup, and Astrid will be miss!

Oh, and in this movie, there’s a new girl in town! Light Fury has quickly become a favorite at our house! We think you’ll love her too!

CONNECT WITH HOW TO TRAIN YOUR DRAGON: THE HIDDEN WORLD

Learn more about the movie by getting connected with #HowToTrainYourDragon!

If you don’t have tickets to see this movie with your family, be sure to get them now! You don’t want to miss it! 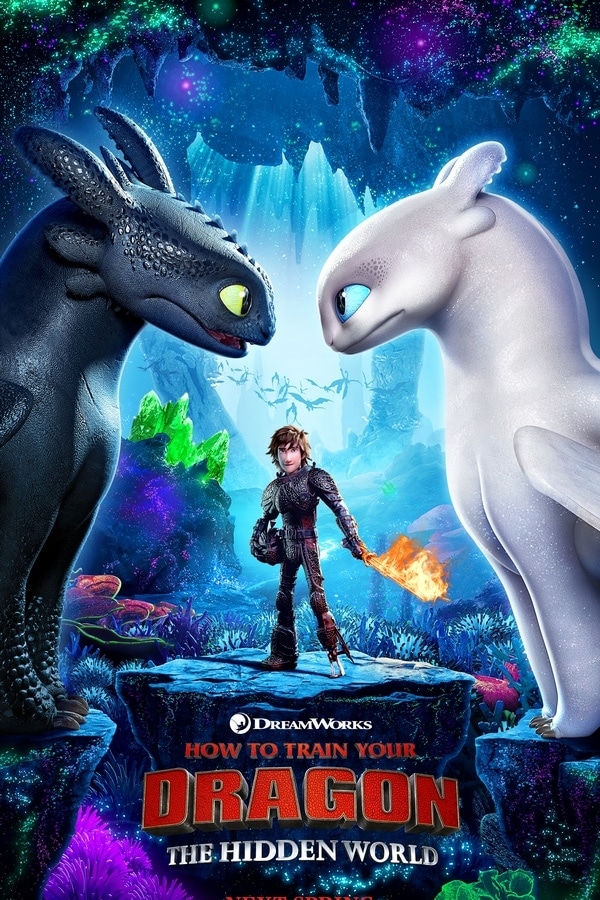