Thanksgiving is all about gratitude and food. It’s a wonderful combination of the good things in life. I have a lot of favorite recipes but I also love trying new recipes. This year I decided to make Mashed Potato Bites for a fun appetizer take on one of my favorite side dishes! 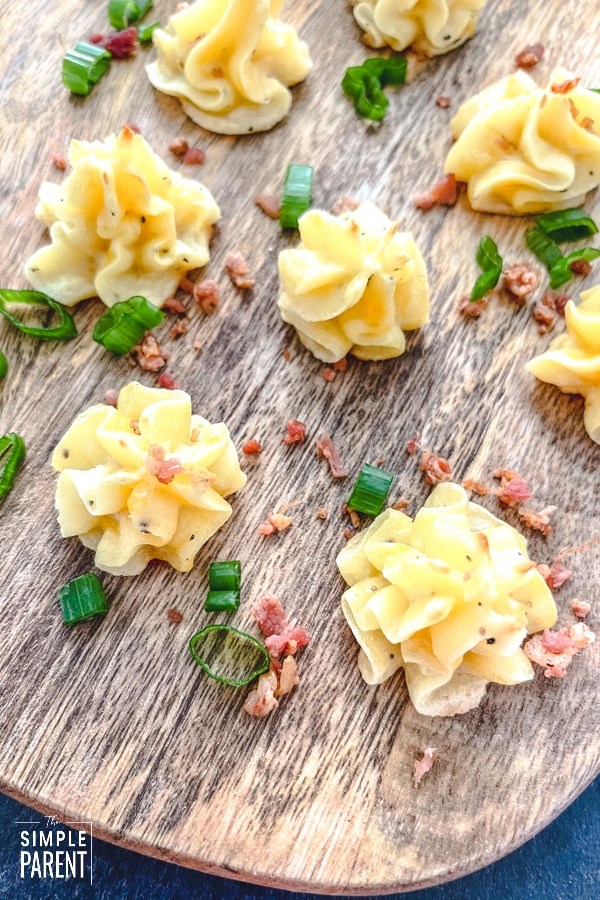 I was inspired to try out the potato bites recipe inspired by Pioneer Brand’s Country Mashed Potato Bites recipe. I am a huge mashed potato fan, especially around the holidays. Mashed potatoes are my favorite classic side dish so it only made sense that these baked potato bites would be something I enjoyed!

I’m pretty sure I’m open to trying all of the potato appetizers I can find during the holiday season! 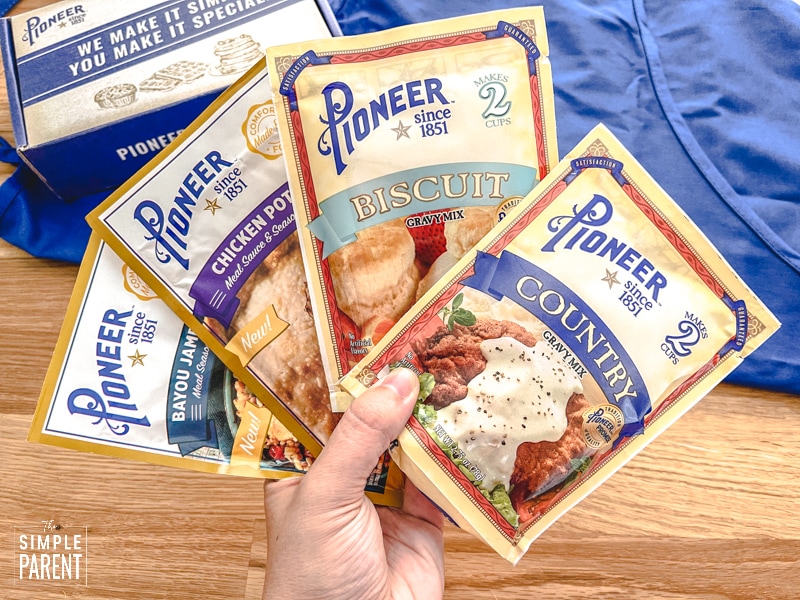 In the past I’ve seen recipes that use leftover mashed potatoes to make mashed potato bites, but to serve them as an appetizer, I knew there had to be an alternative.

This recipe uses Pioneer Country Gravy Mix and Instant Mashed Potatoes as the base for these tasty baked hors d’oeuvres!

Pioneer Brand products have been around since 1851 and there is Texas family heritage in every package! Pioneer promises that we get scratch-made quality that is ready for our personal touch. 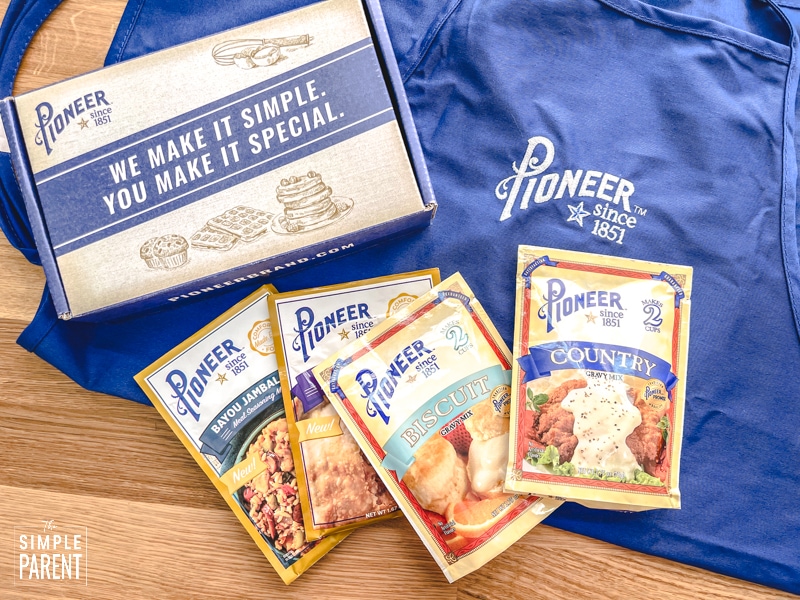 I love how easy it is to prepare Pioneer Brand Gravy and have used it on top of my mashed potatoes many times in the past. Pioneer has been the leader in gravy since 1851 and the flavor is one you can count on.

It’s also inexpensive and available in stores nationwide (including Walmart, HEB, and other grocery retailers). Plus, you can use Pioneer Brand gravy mixes for more than just gravy. Try using it in your casseroles, stuffing, soups, sauces, and more. 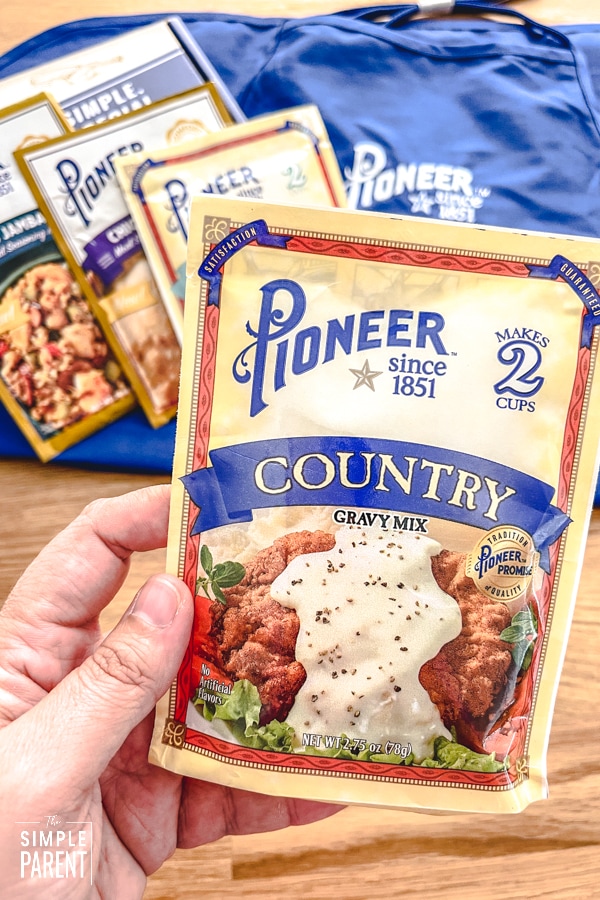 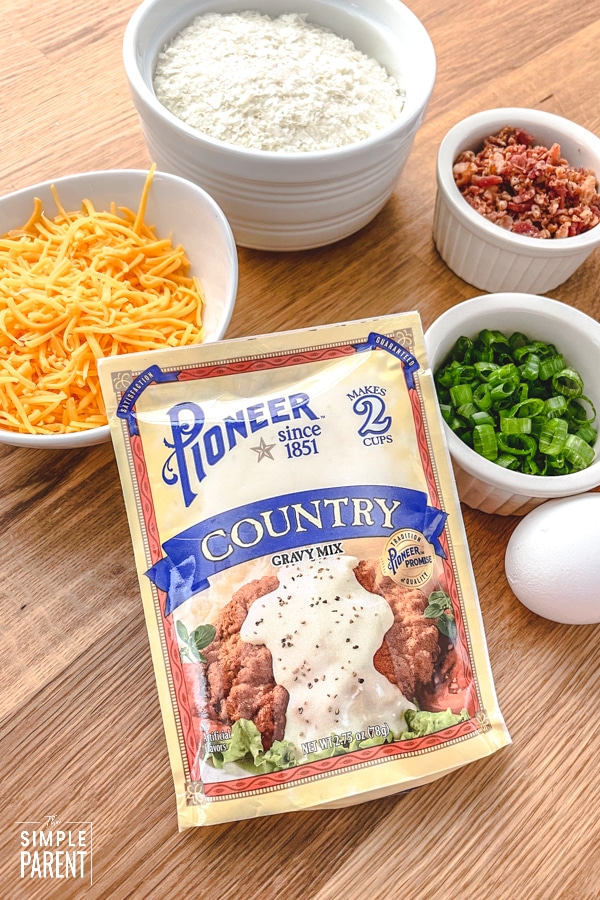 HOW TO MAKE MASHED POTATO BITES

It takes about 15 minutes to prep this recipe and then 15 minutes to bake. In about 30 minutes you’ll have 20 mashed potato bites, so it’s a great recipe to make for entertaining. But if you’re keeping things smaller this year, it’s also a great recipe for small meals.

To make these potatoes, you’ll need a very simple list of ingredients, including:

The exact measurements for each ingredient are listed in the recipe card at the bottom of the post. 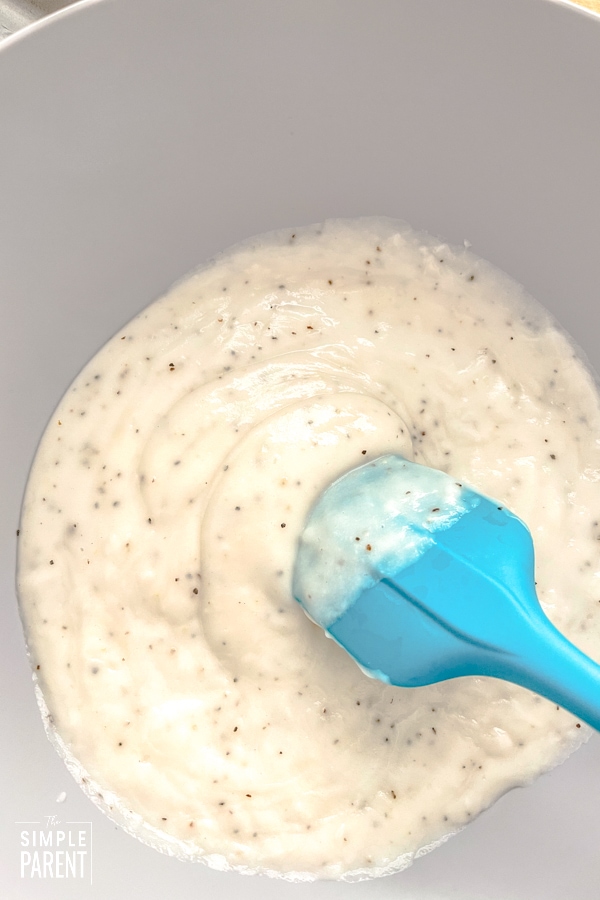 Prepare the Pioneer Country Gravy Mix according to the instructions on the back of the package. You will need 2 cups of water and 3/4 cup gravy mix. 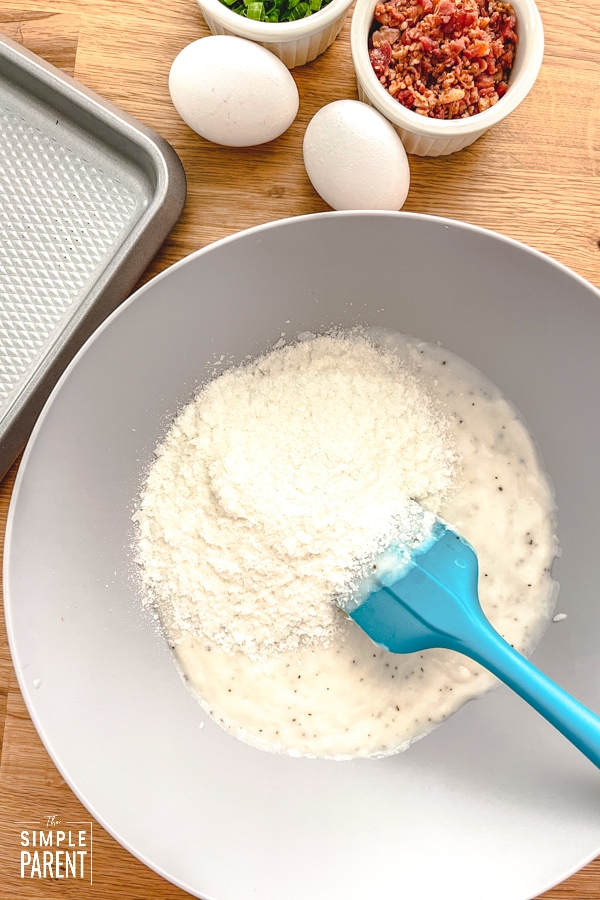 Once the gravy is ready, fold the instant mashed potatoes into the gravy until they are evenly combined.

Allow the potato mixture to cool for 5 minutes. 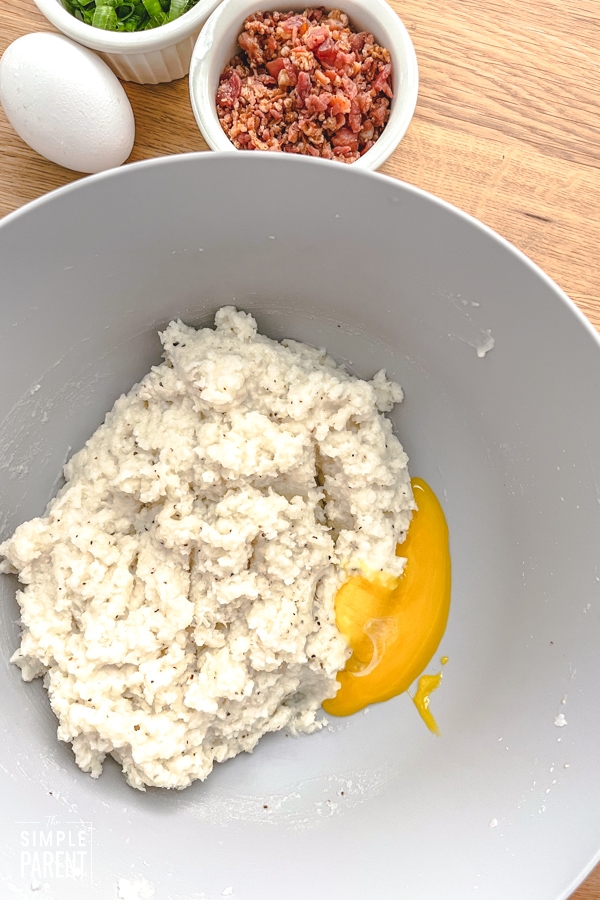 Separate your eggs and add the egg yolks one at a time to the mixture. You want to make sure the first egg yolk is fully incorporated into the mixture before adding the second egg. 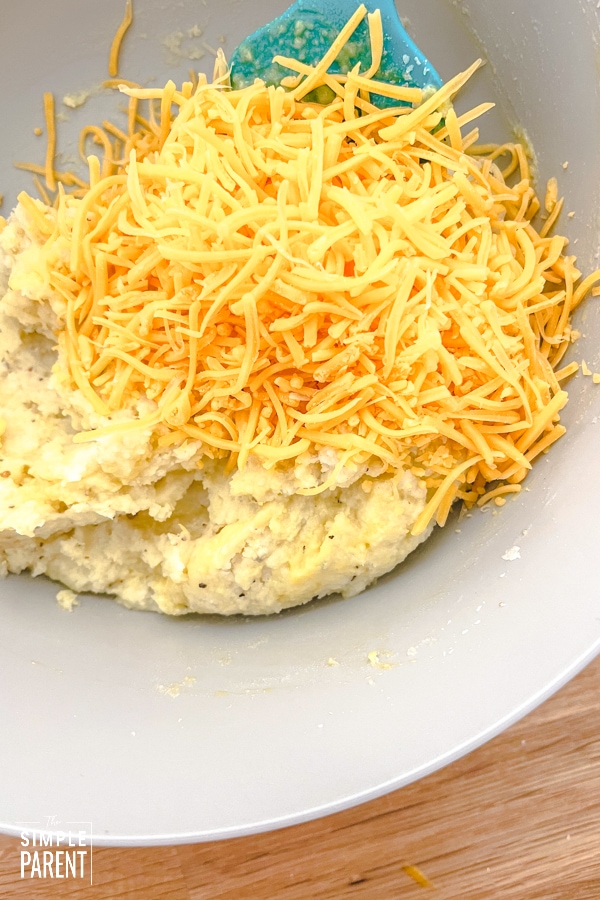 Then fold the shredded cheddar cheese into the potatoes.

Put the potato mixture into a large piping bag with a star tip and pipe 1-inch stars onto a prepared baking sheet (grease with non-stick cooking spray or use parchment paper). Space each star about a ½ inch apart. 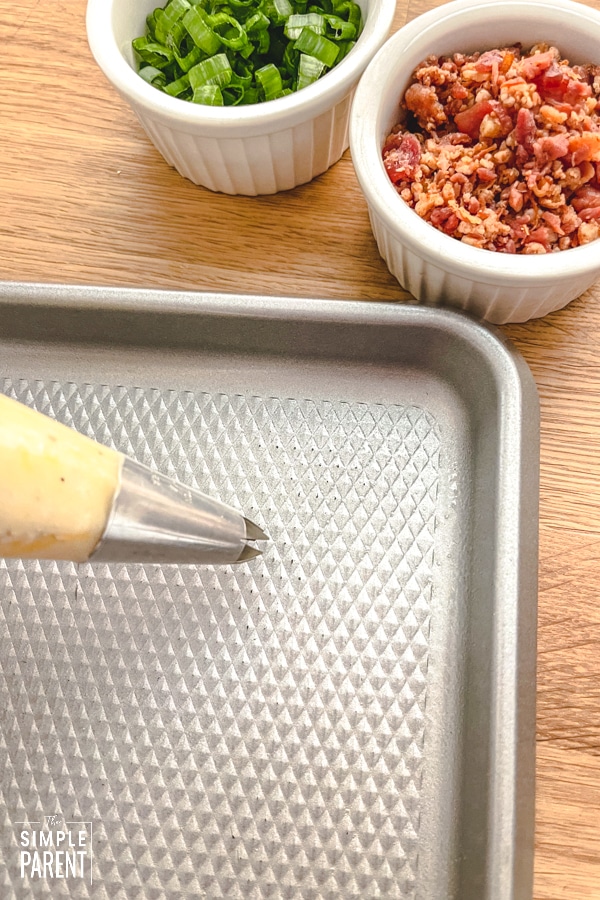 If you don’t have a piping bag, you can also use a zipper bag with a corner trimmed off. You won’t get the star shape but it will still work to pipe the potatoes onto the baking sheet. 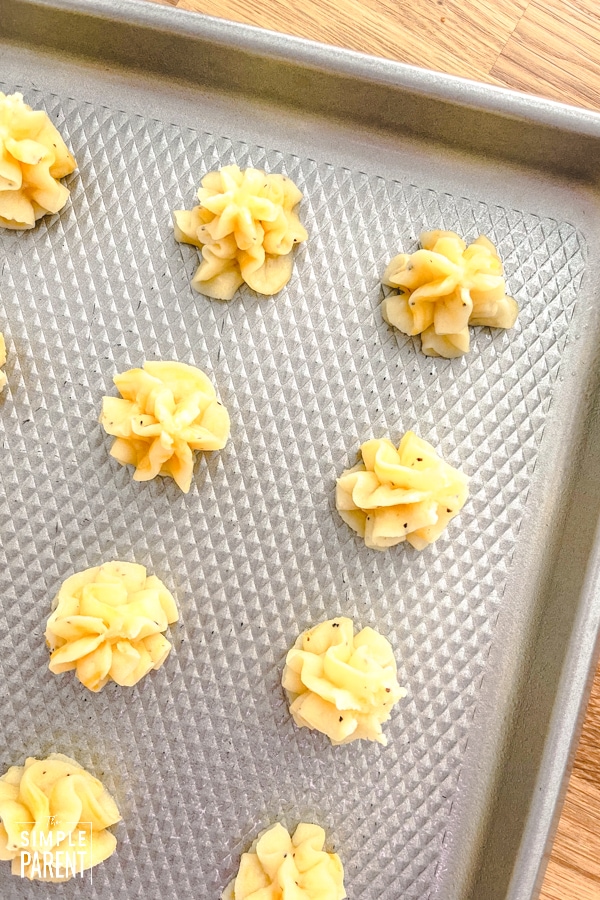 Bake mashed potato bites for about 10 minutes or until golden brown.

Remove from the oven and garnish with bacon bits and chives while the potatoes are still warm. 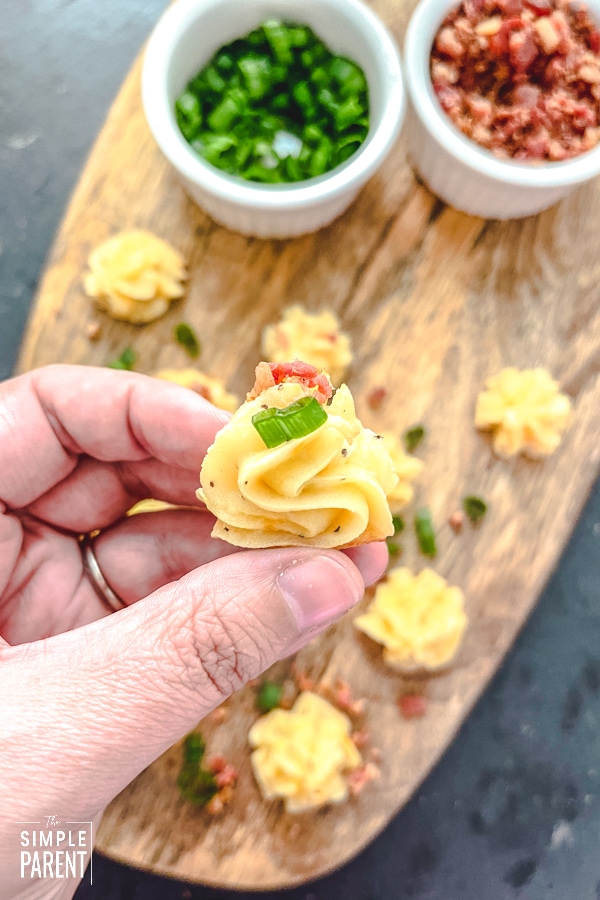 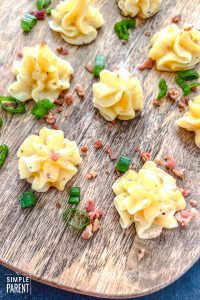 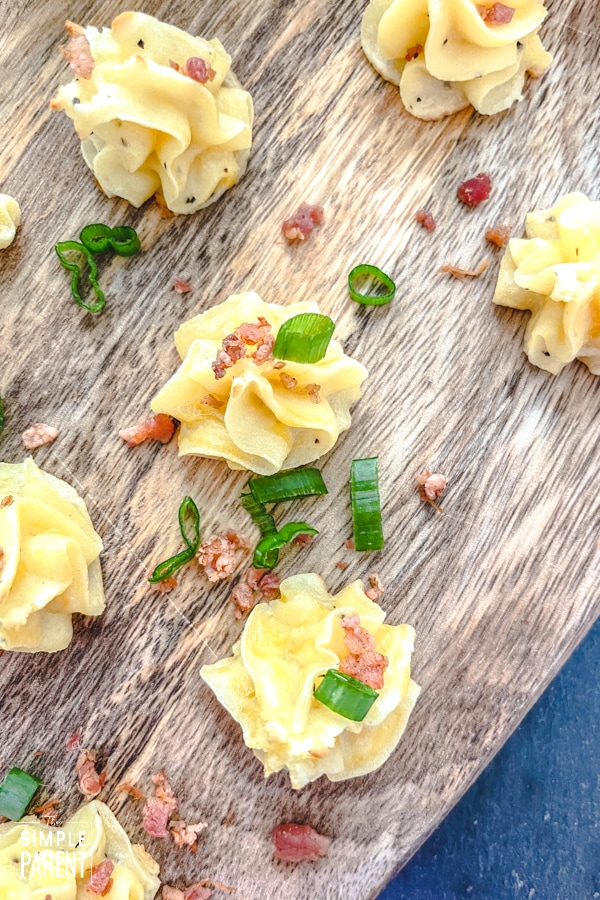 Pioneer Brand products are a perfect addition to the holiday season. Find a store near you and stock up on everything you need to get you through this busy time of the year!