Missing Link, the latest film from Laika Studios, opens in theaters everywhere on April 12th! A few weeks ago I had the chance to screen the movie and be part of some great Missing Link Movie cast interviews! After seeing the movie, we sat down with director Chris Butler and actors Zach Galifianakis and Zoe Saldana to learn more about their experience making the film!

This post is in partnership with United Artists Releasing who provided me with a trip to LA for the Missing Link press event. 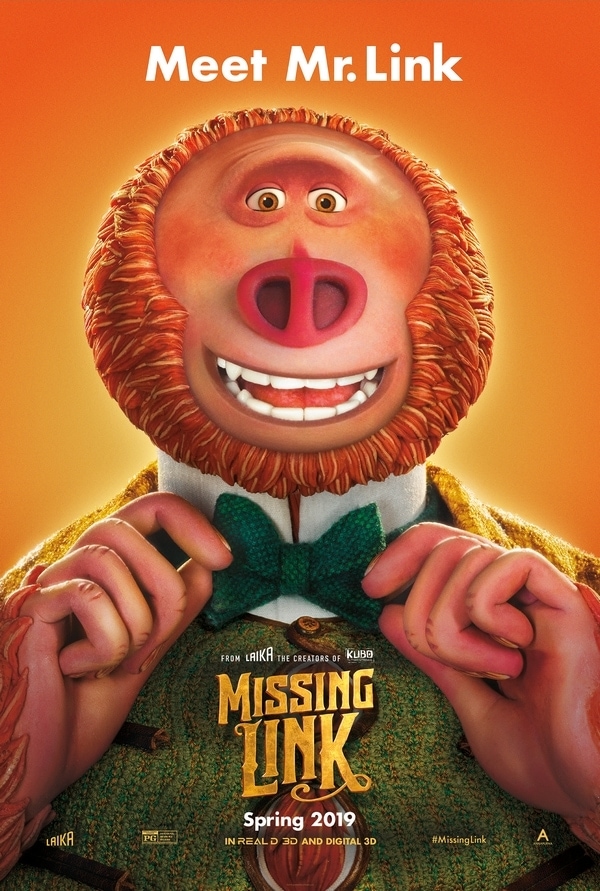 If you haven’t seen the trailers for Missing Link, you’ve got to check one out! Watch the one below and I think you’ll be counting down to seeing the movie this weekend too!

Missing Link is a globe-trotting family comedy adventure from LAIKA that was created using stop-motion like all of their films. Missing Link follows meet Mr. Link. He’s 8 feet tall, weighs in at 630 lbs, and is covered in fur, but don’t let his appearance fool you! He’s funny, sweet, and adorably literal. It makes him the world’s most lovable legend!

Tired of living a solitary life in the Pacific Northwest, Mr. Link recruits fearless explorer Sir Lionel Frost to guide him on a journey to find his long-lost relatives in the fabled valley of Shangri-La. Along with adventurer Adelina Fortnight, our fearless trio of explorers encounter more than their fair share of peril as they travel to the far reaches of the world to help their new friend. Through it all, the three learn that sometimes you can find a family in the places you least expect.

The movie is beautiful and the characters will have you hooked. That’s why I was excited to learn more about the movie from the people who brought it to life! 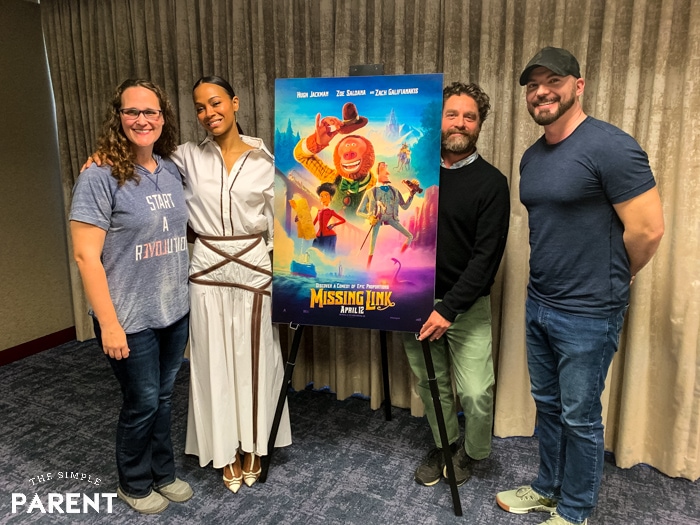 If you’ve ever wondered what it’s like to sit in a room with Zach Galifianakis, let me tell you that it’s just as entertaining as you might expect! He was a riot to interview and had us all laughing again and again. But I also loved chatting with Zoe Saldana and hearing her female perspective on the film. Director Chris Butler is just brilliant while being extremely down-to-earth too. 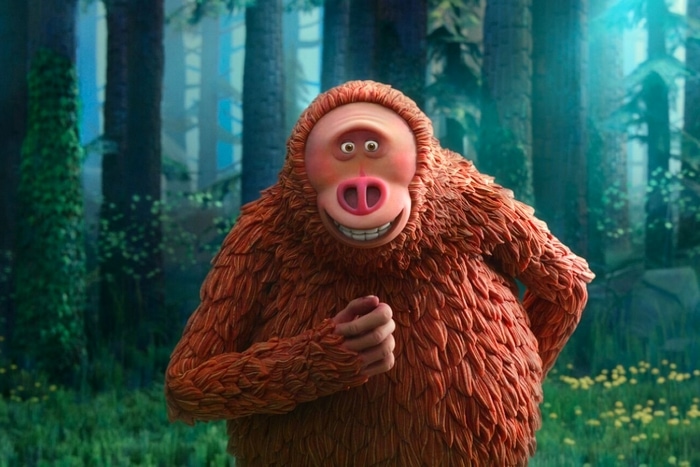 Chris Butler explained to us that the movie started with a sketch he did many years ago of Mr. Link. He shared that it looked like a “hairy avocado with legs.”

I have to admit that I was walking behind Mr. Link when we were at the press event after the interview and he looked EXACTLY like a hairy avocado with legs! So they definitely nailed the look!

“When I’m writing, I’ve got this little movie playing in my head. So I have an idea of what the movie’s gonna be.” -Director Chris Butler

He also shared that when he’s writing, he hears the characters. “I’ve got voices in my head!”

He says it helps with the writing process and he starts making a list of actors very early on in the process. Many times a director doesn’t get the people from his list, but in the case of Missing Link, he got all of his top choices.

“Suddenly, what I had on the page or in my head is something living and breathing and has its own identity that these guys bring to it.” -Director Chris Butler on giving the script to his actors 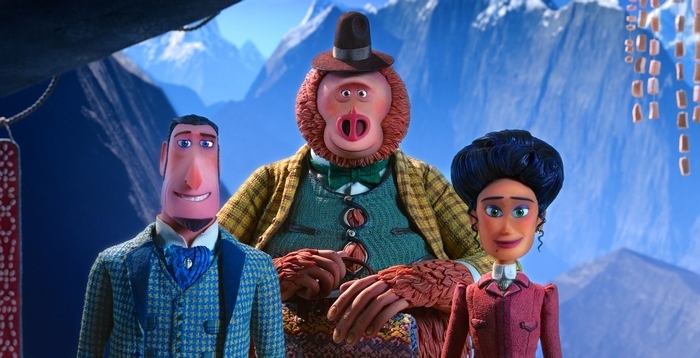 THE CAST ON BEING PART OF MISSING LINK

Chris Butler was thrilled to get his top choices when it came to casting, so we asked both Zach Galifianakis and Zoe Saldana what it was like to be part of the project.

Yes, he had us all laughing from the start!

Zoe shared that when you visit Laika Studios and get involved in one of their projects, it’s almost like you’re challenged to up your game. “It feels like a different world.”

I think that magic comes across on the big screen and I love that we can all enjoy that feeling. 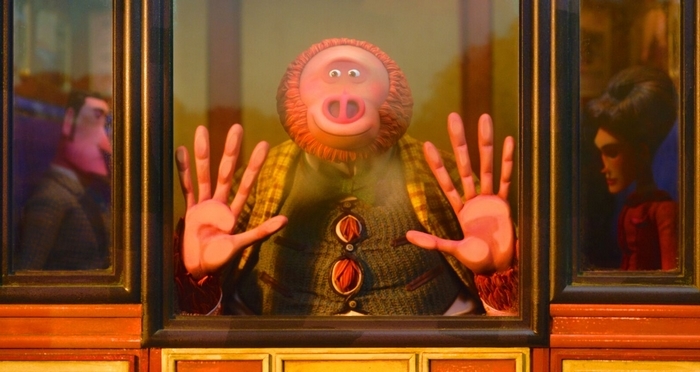 THE CHARACTERS OF MISSING LINK

Zach Galifianakis voice Mr. Link. Even though Zach had us laughing throughout the interview, I loved when he shared about Mr. Link and why he is drawn to him. Mr. Link has an innocence and purity to him. He lives in the woods and nature is where we have often feel purity and that wide-eyed wonder.

Then Mr. Link sees what people have done to the world. 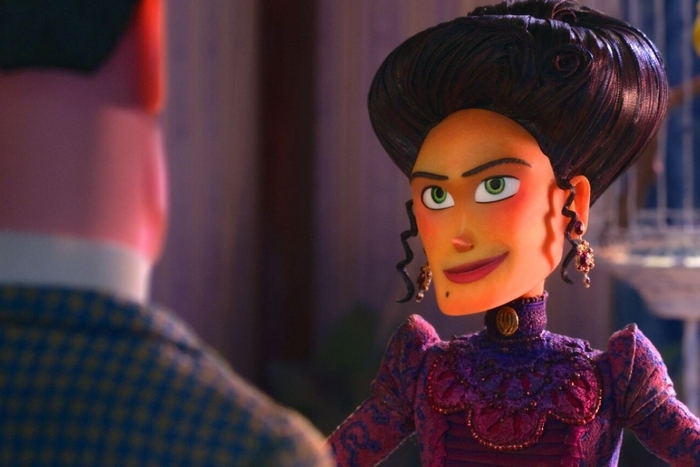 Zoe Saldana is a fan of her character, Adelina Fortnight. Throughout the interview she mentioned a few things about her character that really stuck out to me:

I also hope that we continue to explore this new journey of portraying females that are broken, that are the ones that have the true lessons to learn, versus you know, like the voices of reason. – Zoe Saldana

When I see a film that’s directed towards my kids, I always look for the themes and messages that it might be sending to them. Missing Link is full of beautiful messages that we all need to hear.

Friendship and family are huge in the movie and Chris Butler wanted to explore the idea that family can be more than the one that you’re born into. Family can be made up of your friends.

“It’s important to say that family can be about friends. Family is something you can choose.” – Chris Butler

Chris wanted to get across the idea that our identities are formed by ourselves. Idenity isn’t something that is put upon us by other people.

I think he was very successful and both are messages I want my children to hear. They’re both great messages for all of us, no matter how young or old!

WHAT’S WITH THE CHICKEN?

You’ll recognize one of my favorite parts of the movie when you get to it. It has to do with a little chicken that has everyone asking What’s with the chicken?

Don’t ask about the chicken!

But Chris Butler was able to give us some insight into the chicken scene in the movie. His inspiration in the scene came from a National Geographic photo he once saw. It was a picture of a woman walking down the street with a chicken on her head and it just stuck out to him.

He likes it when you just have something random sometimes.

I loved his answer. Random can be so fun! I think it’ll have the whole family laughing. 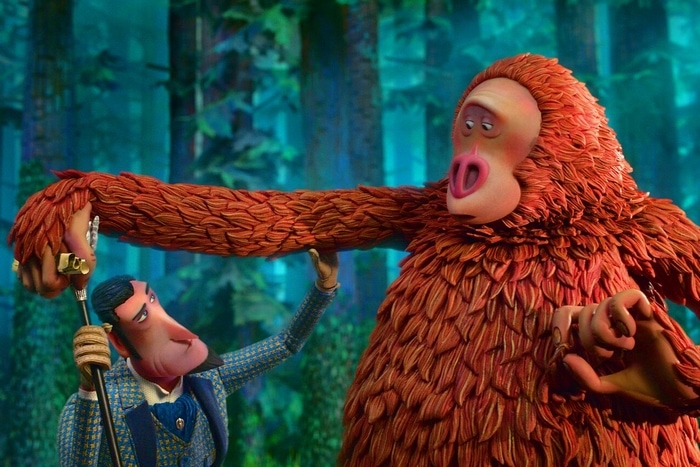 “What I like is that you’re using a medium to try and say something worth saying.” – Chris Butler

GET CONNECTED WITH MISSING LINK

Learn more about the movie by following the #MissingLink hashtag on social media!