This post is in partnership with Paramount Pictures and I’m thrilled to share the Playing with Fire movie trailer with you! If you’re like me and you’re always on the hunt for family-friendly movies, this is one you won’t want to miss!

Earlier this year I had the opportunity to visit the set and sit down with some of the cast to learn more about the film. Trust me, it’s going to be a good one to take your older kids to see this fall! 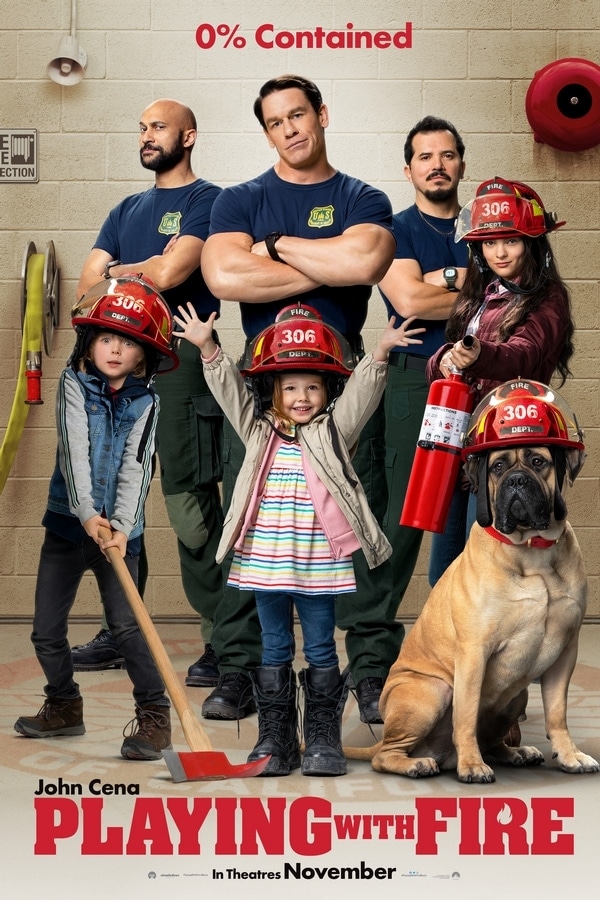 Playing with Fire is a family-friendly comedy that follows a group of wildfire fighters who meet their match when they rescue a group of children they have to care for. This is one of those movies that will have you laughing and hugging the people you love.

When straight-laced fire superintendent Jake Carson (John Cena) and his elite team of expert firefighters (Keegan-Michael Key, John Leguizamo and Tyler Mane) come to the rescue of three siblings (Brianna Hildebrand, Christian Convery and Finley Rose Slater) in the path of an encroaching wildfire, they quickly realize that no amount of training could prepare them for their most challenging job yet – babysitters. Unable to locate the children’s parents, the firefighters have their lives, jobs and even their fire depot turned upside down and quickly learn that kids – much like fires –are wild and unpredictable.

It stars John Cena, Keegan-Michael Key, John Leguizamo, Judy Greer, and Brianna Hildebrand. Check out the Playing with Fire movie trailer for a sneak peek at the movie I think you’ll want to see with your family!

During our visit to the Playing with Fire set, we had the chance to interview some of the cast as well as the movie’s director and producer. It was amazing to learn more about the film from these talented people:

It was amazing to sit down and learn more about the movie from the people bringing it to life. We also got a chance to tour the set and really get a feel for the world of Playing with Fire. 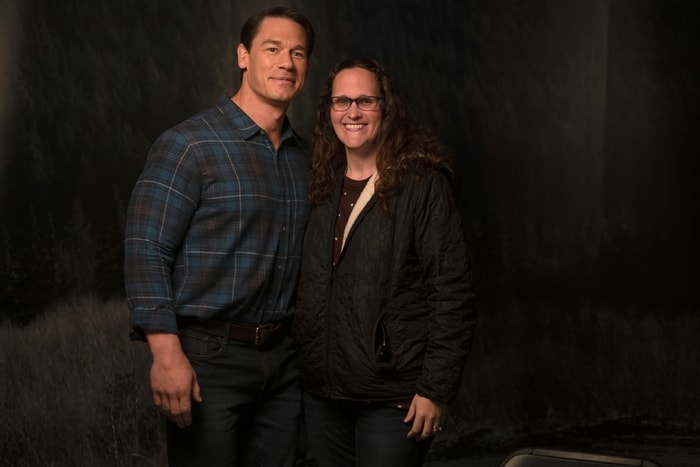 JOHN CENA ON PLAYING WITH FIRE

When we sat down with John Cena on the set of Playing with Fire, he immediately put us at ease. He’s so friendly and easy to chat with.

We asked him about his decision to become part of the project, he shared with us that he could relate to the story because it’s exactly where he is in his life right now.

“This one hit me especially hard because it’s a story about a gentleman who is dedicated to his work and thinks there is nothing else in life except work and then gets a set of circumstances that change his mind.”

He also mentioned something that I loved as a parent. He acknowledged the talent he worked with on the film and how they all stay focused on the goals of the film. (He only had amazing things to say about his fellow actors and the crew working on the movie!)

“We don’t get these funny gifted people who also want to come on the movie and turn it into something that isn’t appropriate for kids and teens.”

I agree with John Cena when he explained that Playing with Fire is a heartfelt, wholesome movie that’s about the importance of family, friends, and togetherness. 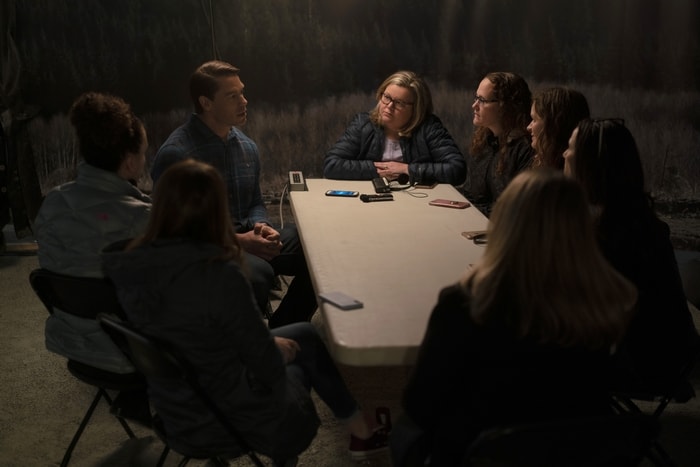 If you’re interested in seeing John Cena in a new role that has emotion we can relate to as parents, you’ve got to see him in Playing with Fire. He said working with the kids was an amazing experience and that he learned a lot from them!

“I learn from everybody every day.”

I cannot wait to see how all of his learning and his emotional connection to the film plays out on the big screen this fall! Weston is excited to see a new John Cena movie (and yes, he was ecstatic when he finally got to see the photos of his mom with the star himself)! 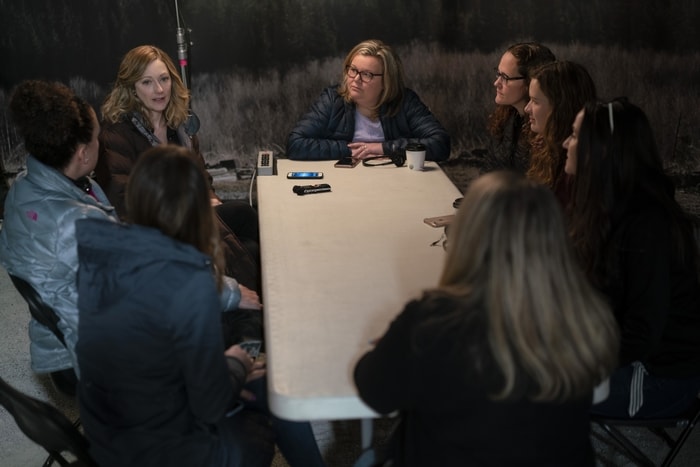 MORE ABOUT THE MOVIE

We also spent the afternoon chatting with more of the cast and crew. Some of my favorite things we talked about included:

Judy Greer loved the script (and she knows that’s what everyone says) and that it was a change of pace from the darker projects she’d been working on. 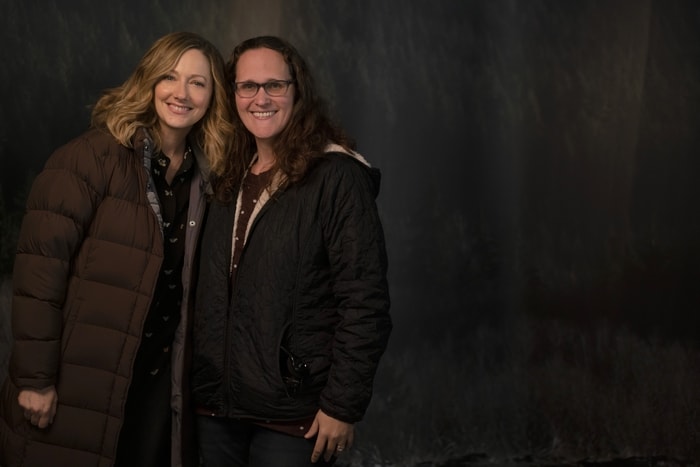 One thing Judy Greer loves about her character in the film is that she is bunking the line of thought that because she’s a woman she must know how to take care of kids.

This resonated with me even though I am a mom. Sometimes it feels like there’s pressure for me to know everything and make it all happen. Truth is, sometimes I’m just as clueless as everyone else and just doing my best!

We might have also spent some time chatting with her about John Cena taking his shirt off for a shower scene… but you’ll have to see the movie to check that one out! (And yes, it’s completely family-friendly.) 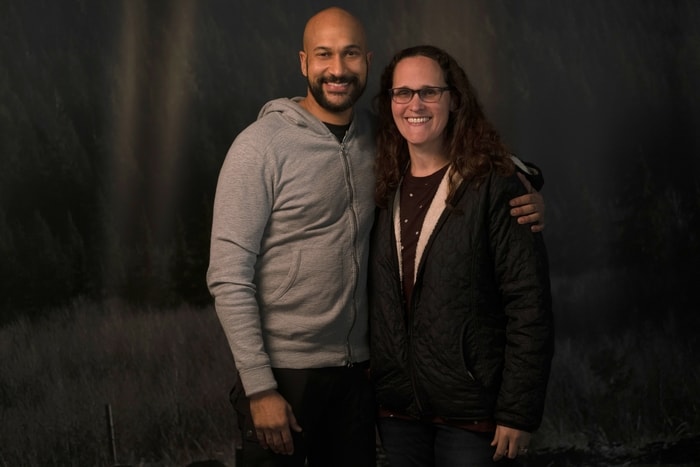 Keegan-Michael Key shared some insights into why he chooses the projects he does.

“I feel like I’ve just reached that age where I’m only willing to do things that are going to give me joy.”

When he reads a script he has a rule that he follows. If he feels something when he gets to the end of a script then he knows it’s one worth considering.

He also knew John Cena and Judy Greer and enjoyed them. He shared that when he knows he’s going to be working with certain people on a daily basis, he has to consider that.

Keegan-Michael Key is channeling his wife in his character in the film.

“I’m just being like my wife I would say times two. But, it really is just my wife. She is an extraordinary human being.”

Yes, I promise we all had an AWWWWWW moment right then.

It was great to learn how director Andy Fickman’s love for family entertainment is what lead to the development of Playing with Fire.

He acknowledged that it’s challenging to find things to watch with our kids — things that both parents and kids can enjoy. That is what inspires the work he does. Together with Playing with Fire producer Todd Garner they’ve made most of the movies that are similar to this one.

If you enjoyed movies like Daddy Daycare, Game Plan, Pacifier, and Are We There Yet then you should definitely put Playing with Fire on your calendar! Mark November 8th as a movie night with your family! 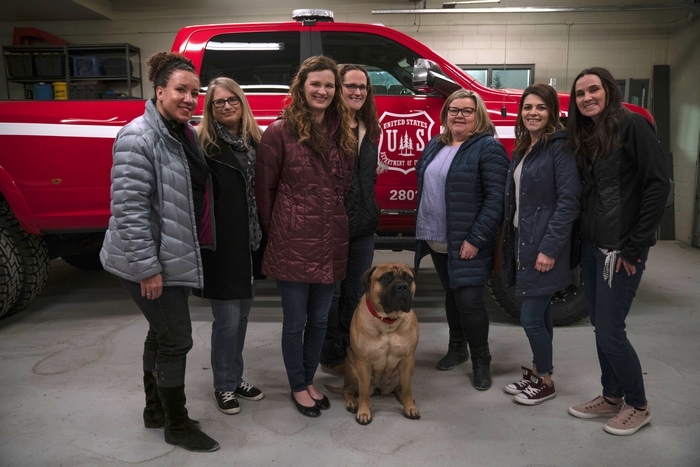 CONNECT WITH PLAYING WITH FIRE

Get connected to stay up to date with the movie using #PlayingWithFireMovie and following on social media!

Playing with Fire opens in theaters everywhere on November 8th!