Earlier this week I had the chance to be part of an interview with the creator of UglyDolls, David Horvath, and director of the UglyDolls movie, Kelly Asbury. It was amazing to learn more about the film and all of the great messages and themes in the movie.

Huge thanks to STX Films for giving me the opportunity to be part of the discussion. 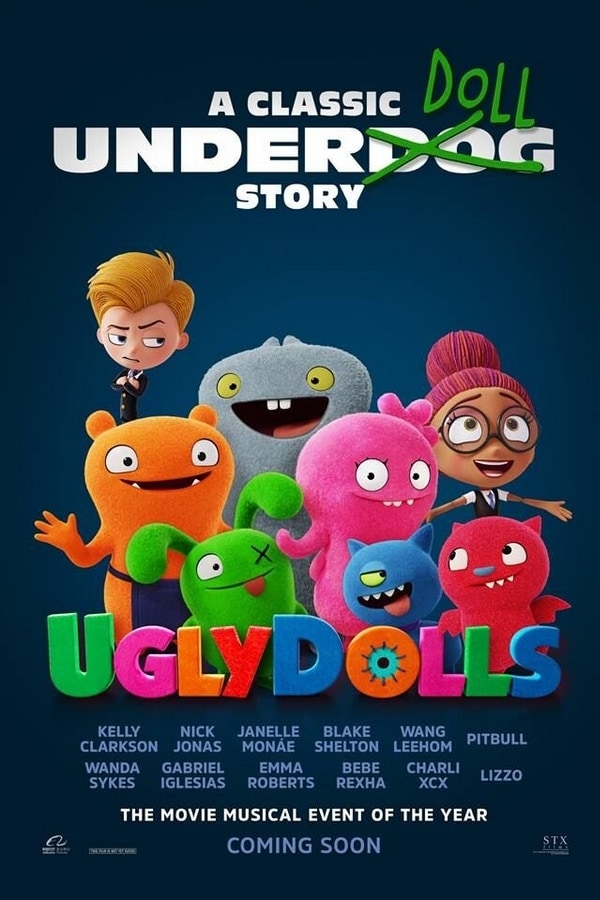 Carrigan has been waiting for UglyDolls since she first saw the trailer. It’s hard to believe it’s finally time!

UglyDolls opens in theaters everywhere today, May 3rd, and I cannot wait to take my entire family to see it together this weekend!

The film is inspired by the unique and beloved global plush UglyDolls toy phenomenon that launched in 2001. The movie has an amazing cast that includes Kelly Clarkson, Nick Jonas, Janelle Monáe, Blake Shelton and Pitbull! It’s jam-packed with great new music and looks like a movie that the entire family can enjoy. 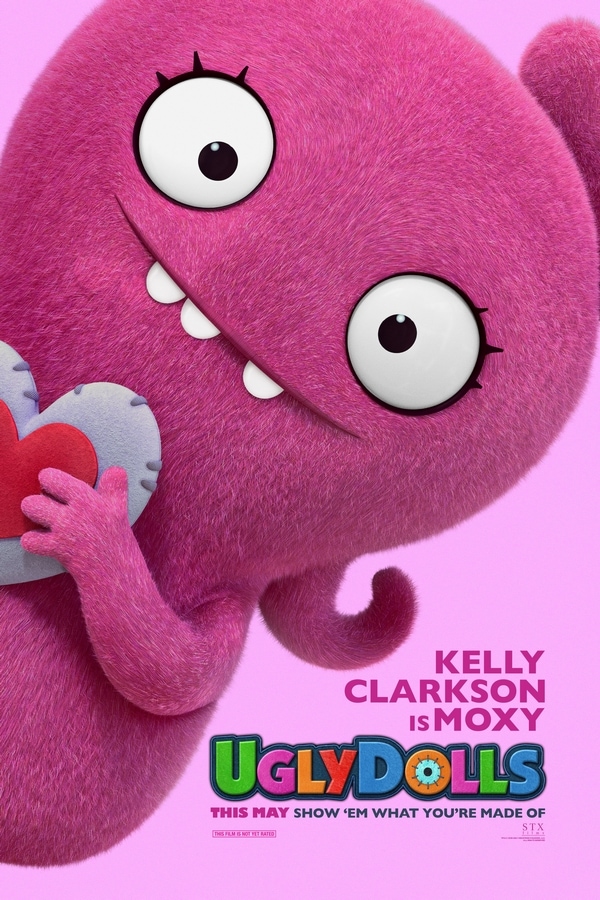 In the adorably different town of Uglyville, weird is celebrated, strange is special and beauty is embraced as more than simply meets the eye. Here, the free-spirited Moxy and her UglyDolls friends live every day in a whirlwind of bliss, letting their freak flags fly in a celebration of life and its endless possibilities, occasionally looking to the sky, where a new UglyDoll will appear and be embraced by the community.

Moxy gathers a group of her closest friends and sets off to find what’s on the other side. They discover another world – Perfection – a town where more conventional dolls are trained in protocols before they graduate and are sent to the “real” world to find the love of a child.

In Perfection, Moxy and her crew are subject to the manipulations of Lou, the perfect doll in charge of training recruits. Here, the UglyDolls will confront what it means to be different, struggle with their desire to be loved, and ultimately discover that you don’t have to be perfect to be amazing because who you truly are is what matters most. 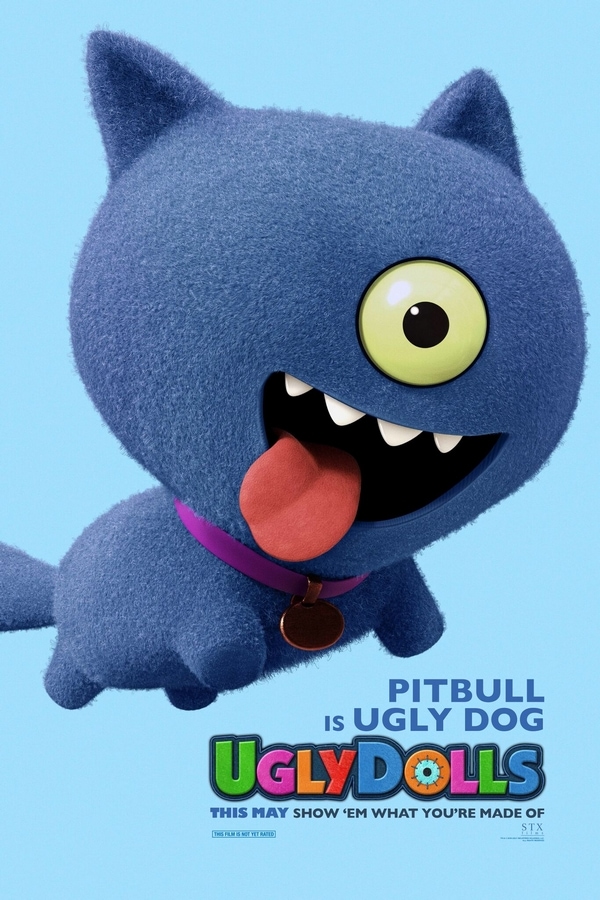 Before they were movie stars, the UglyDolls were just a collection of amazing plush dolls. Getting the opportunity to chat with the man behind the amazing dolls and the man who helped bring them to life on the big screen.

Check out this fun “Origin” featurette to see how the two came together to bring life to the UglyDolls.

I’m pretty excited to watch these amazing dolls come to life. I’m even more excited to experience the movie with my daughter. She’s been struggling lately with her self image. I’m hoping the messages and themes in the movie will help her feel more confident. She’s an amazing young lady and I’m thankful that UglyDolls creator David Horvath created the world. 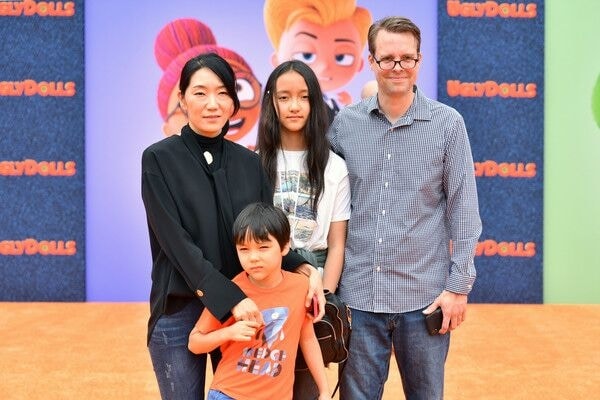 DAVID HORVATH ON THE MEANING OF WORDS

During the interview, it was mentioned that the movie changed the way one person thought of the word ugly.

David Horvath explained that words “mean different things to different people. Everyone has a different definition for what those are.” That is something that the UglyDolls are all about.

WHAT IS DAVID HORVATH’S QUIRK?

He confessed that when he was growing up everyone told him how quiet he was. But when he went to Korea he was suddenly considered the loudmouth.

He wasn’t sure if it’s the people he hangs out or what. But he says he’s “this stoic awesome thing.”

It’s really interesting to hear the man behind the UglyDolls talk about what’s inside.

GROWING UP IN THE AGE OF LIKES AND FOLLOWERS

I asked both men about what they hoped kids would take away from the movie and which theme would have resonated with them most when they were children.

He shared that he thinks a lot about the reality our kids are growing up in. He wants them to know that it doesn’t have to be their reality.

He hopes he would be strong enough to see that if he was a kid now.

With my own kids, I have seen how growing up in an age of likes and followers really does change the way they look at things. It’s definitely something for me to think about as a parent too. So I’m glad he brought it up. 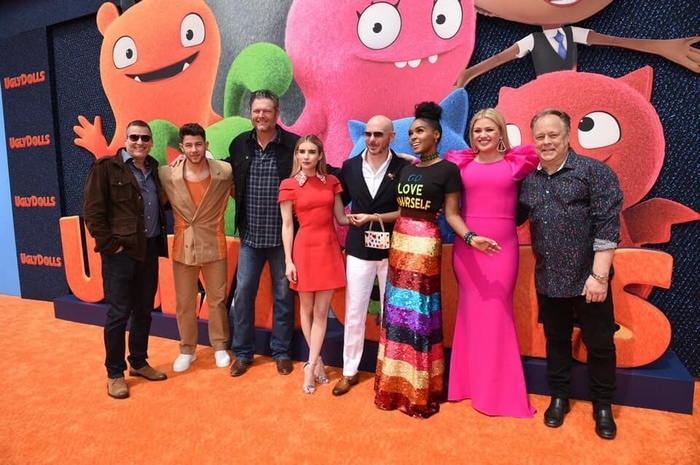 One of my favorite parts of our interview was when Director Kelly Asbury shared his thoughts on the UglyDolls. He related them to the beloved Peanuts characters from Charles Shultz.

“Charles Shultz was a big hero of mine, and he always said that every one of the Peanuts characters was some aspect of his own personality, either at one time in his life or always.”

We all are Charlie Brown first, and then we each have our pieces. And I think that, in many ways, I approached the movie pretty much, I think, everyone is Moxie, at one time or another.

Kelly explained that everyone is Charlie Brown first and then we each have our pieces. He thinks it’s similar with the UglyDolls.

“Everyone is Moxie at one time or another.”

He understands Moxie being happy, loving her family, and being happy where she is. Then the other characters that join her each have their own extension of that even while on the same journey.

ON HOW THE MOVIE AND CASTING CAME TOGETHER

Kelly was excited to be part of the movie because he saw the makings of a great movie that could be fun. Then he heard some of the music and the ending that had already been worked out.

He said that “when I saw that beginning and that ending and where it all led, I was absolutely hooked.” He loves heartwarming stories that make you feel good and are entertaining.

STX gave him a lot of trust and he felt like he had as much creative freedom as he would have at any of the major studios.

In terms of casting, Pitbull was already cast when Kelly came on board. As things progressed the idea of Kelly Clarkson came up. She adapted easily to the character of Moxy so that was great.

As they went down the line of characters, certain people would just come to mind and everyone sort of agreed. So casting was really a lot of people working together and Kelly said he that everyone who was cast was pretty much his first choice!

I know I’m excited to see the movie and see how the amazing cast brings these adorable UglyDolls to life in a new way! 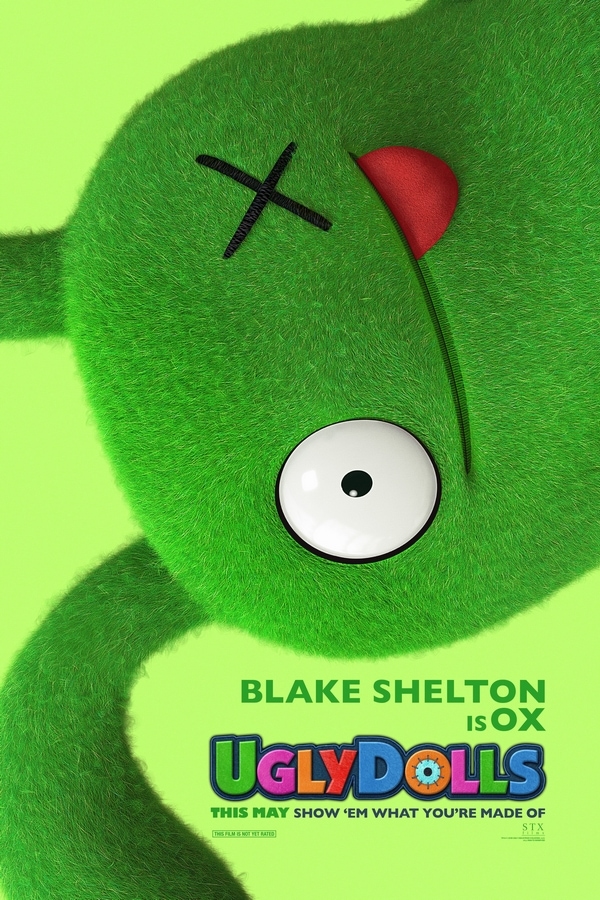 Then connect with #UglyDolls on social media for even more fun!