We’re getting ready to take another family trip which means we’ll be spending time on a plane. My kids love to fly so that’s a huge help but one of my best tricks is making sure their tablets are loaded with entertainment options. WiFi free games are clutch when we’re on a plane.

Since we travel a lot, we need to have plenty of entertainment available to keep the little ones occupied. There’s no internet on the plane (unless I’m working) and we don’t have an Internet hotspot or something similar to stream videos or apps when we’re in the car, so I always look for the “no wifi games” when loading up their devices. 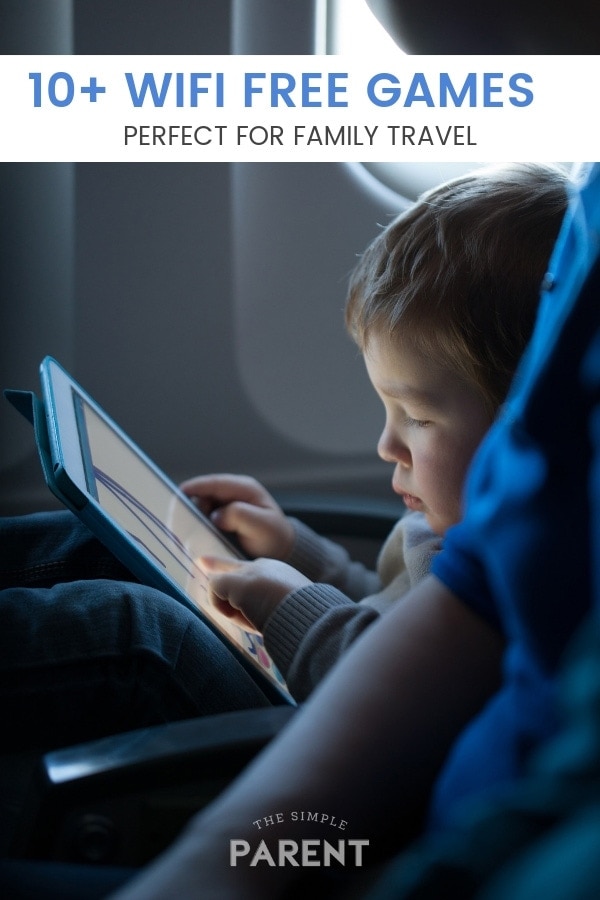 Since I’ve been browsing the web for free games – no WIFI needed! – as I prepare for our next trip, I decided to share several of our favorites! Hopefully your own kiddos can find some great new apps to play on the road within this list!

And I’m hoping they might make your next family trip go more smoothly!

I find that if the kids are happy while we travel, we’re all happy!

Features simple gameplay but can easily become addicting! Your child will play as a small alien trying to jump up through the levels to earn points. But be careful, one wrong move and your alien friend will fall down the screen in defeat!

Okay, so I know this is one of the no WIFI games that have been around for a while now, but my kids still enjoy playing it while traveling!

Using a slingshot, fling your birds into the piggies’ towers to send them to the ground. There are SO many levels in this game, it’s easy to get lost in it.

Another one of the best, most fun travel games with no WIFI needed. Just remember this one phrase: “Slice fruit, not bombs!”

The game modes are included in this free mobile game, so you can always find a way to test your skill and concentration.

This fun game without WIFI brings the computer version to your mobile device, and you don’t need Internet access to enjoy it. In this free game with no WIFI needed, you are free to use your imagination to create and destroy the world around you.

With this no WIFI game, you can have fun tossing paper balls into wastebaskets – without wasting any paper! Set the stage with options such as the airport, office or restroom. It’s simple enough for even the youngest kids to quickly catch on and play.

The mobile app saves your record shots so you can compare and improve as you play. 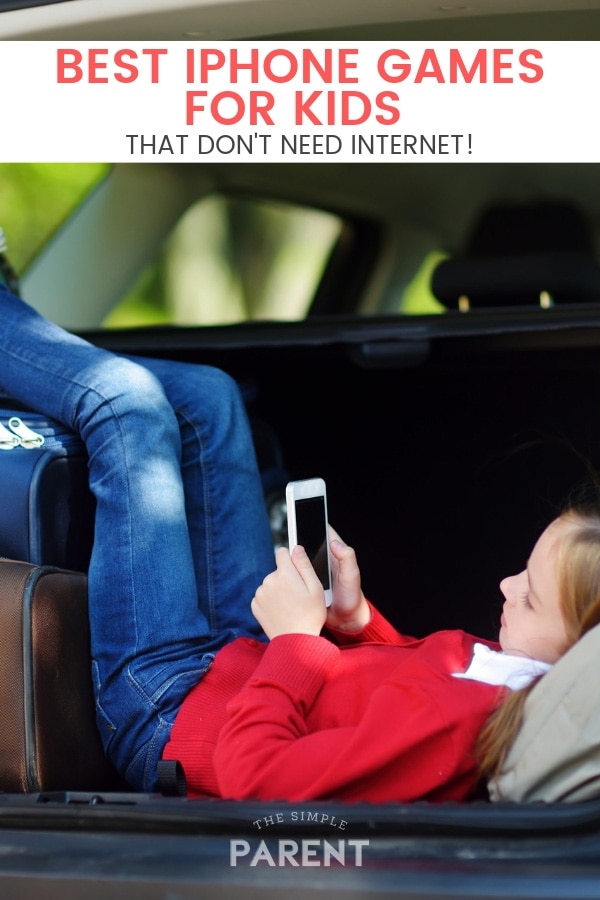 If you’re looking for more challenging WIFI free games for your kids while traveling, give Unblock Me a try. With over 1000 levels, they aren’t going to get bored any time soon. Let them start with the more simple levels before advancing to tougher game play. A lot of problem solving and concentration is necessary with this classic-style block game.

Here is yet another of the simple free games without WIFI that are perfect for road trips. With this mobile app, you are racing through the temple as long as you can. You must also jump or slide to miss the obstacles in your way and collect coins as you go.

BONUS APP IDEA: For younger players, you may want to check out Minion Rush (iOS | Google Play)! It’s the same concept as Temple Run but directed toward fans of the Despicable Me films.

Older children who can spell and read may find word games without WIFI fun on the road. Word Cookies is one such mobile app that many people love, and not just kids! Adults have fun with this game too, so it’s definitely one that should be on the “To Download” list.

The object of this mobile game is to find all the words possible from a jumble of letters. You can collect coins as you beat levels. These coins come in handy later when you need help solving a more difficult level!

Cooking games are always loved by kids. Sky Burger is one of the most fun food-related apps that don’t need WIFI I have found!

Catch falling ingredients on your bun as they fall from the sky to create new recipes and unlock new foods. You’ll earn money for following specific recipes, which you can then use to improve your food truck and game avatar!

Any child that loves to destroy things will find this one of the best free apps – no WIFI needed – for travel. With Smash Hit, you are required to throw steel balls at fragile glass structures to break them. As you advance, the levels get more difficult, with the targets harder to hit due to increased speed.

There you have it! Some of our favorite WiFi free games available for mobile devices.

They’re all perfect for travel when you don’t have Internet access. Make sure to check these WiFi free games out before you leave home, so you can have them downloaded and ready to play on your next road trip!

Leave a comment and let us know what your favorite app is on your phone or tablet!