If you haven’t discovered the magic of the breakfast casserole, as colder weather and the holidays roll in, it’s time to do it! Loaded Hashbrown Casserole is easy to make and is packed with comforting breakfast favorites. It also makes a great side dish!

Scroll down for the printable recipe card or continue reading for tips and detailed instructions. 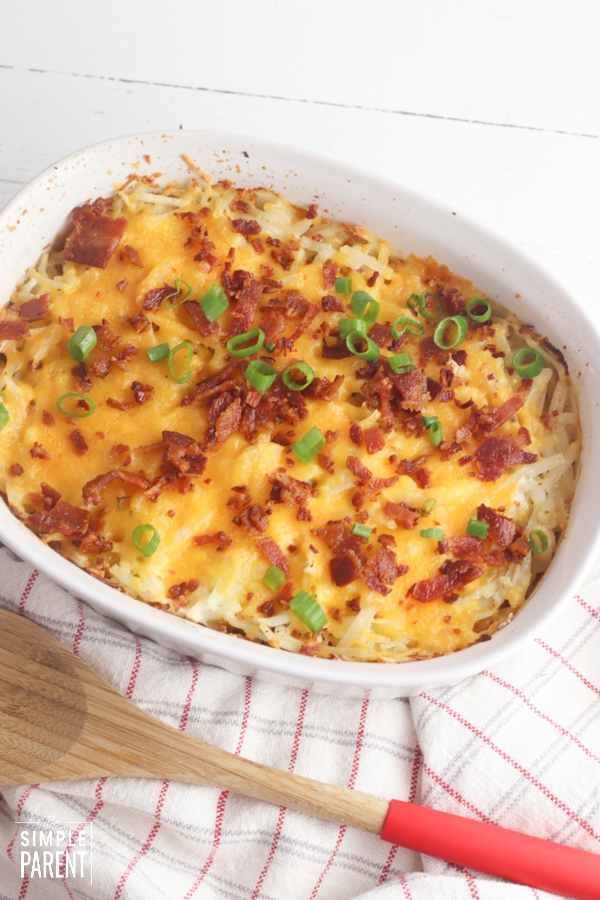 The best thing about making loaded hash browns into a casserole is you can tweak the ingredients to include all of your favorites! Mine is often a bacon egg hash brown casserole that we eat all on its own. But if you’re a fan of breakfast sausage, you can easily swap the bacon for sausage or just include them both!

For this recipe, I left out the eggs and just made a cheesy hashbrown casserole. You can serve this with eggs on the side, with pancakes, waffles, or even with chicken! (Yes, it makes a great side dish for dinner too!) 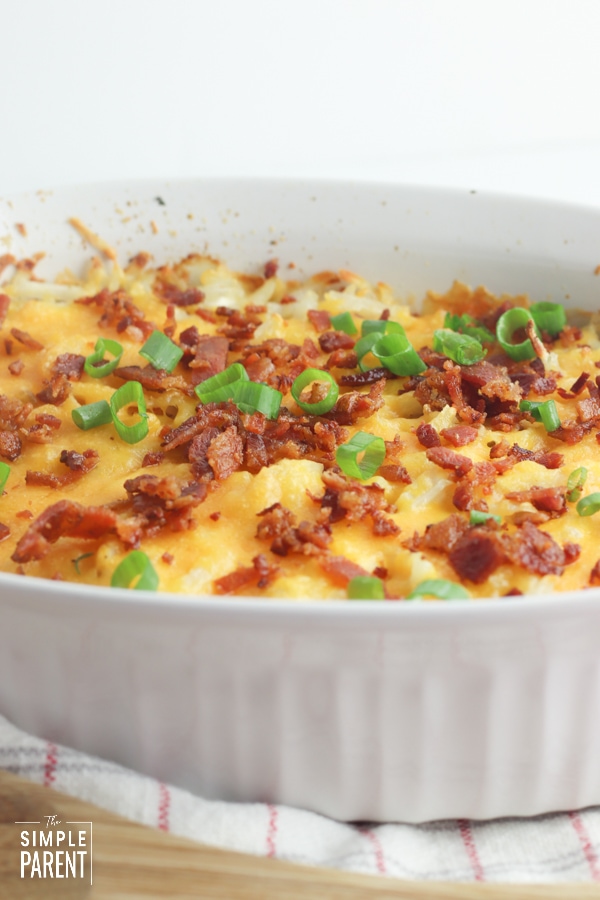 This hashbrown breakfast casserole recipe makes about six servings. It takes about 10 minutes to prepare and then needs about 45 minutes to bake completely. You can double the recipe to make a bigger casserole or make two pans of it if you’re feeding a crowd!

To make this specific version of this breakfast casserole, you’ll need:

Exact measurements for each ingredient are in the recipe card at the bottom of the post.

As you can see, this recipe doesn’t include eggs. But if you want the full breakfast experience, this hashbrown breakfast casserole pairs deliciously with scrambled eggs! 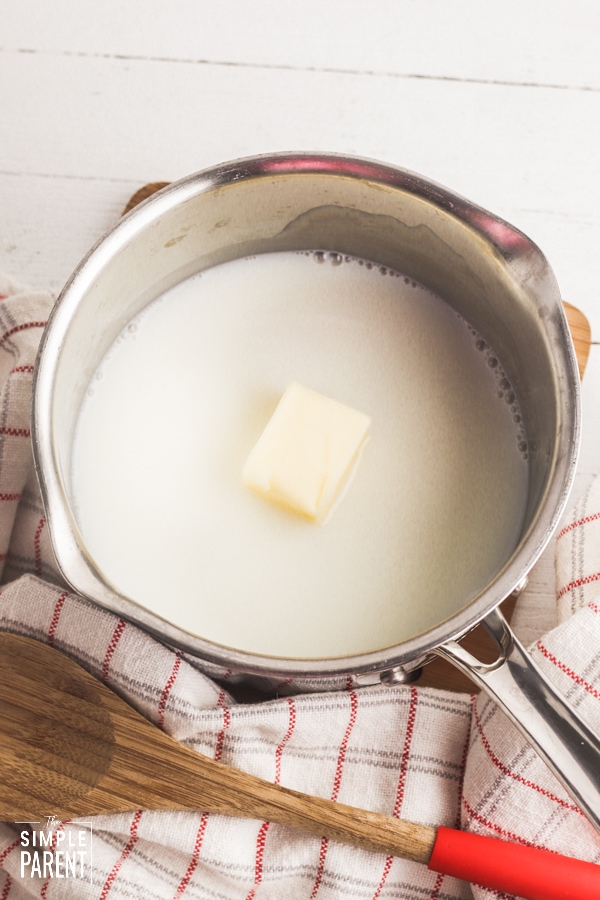 HOW TO MAKE LOADED HASHBROWN CASSEROLE

Heat the oven to 400°F and spray a 9×13 baking dish with nonstick cooking spray.

Heat the milk and butter in a small saucepan over medium heat. When the butter is melted, remove the pan from the heat, and set it aside. 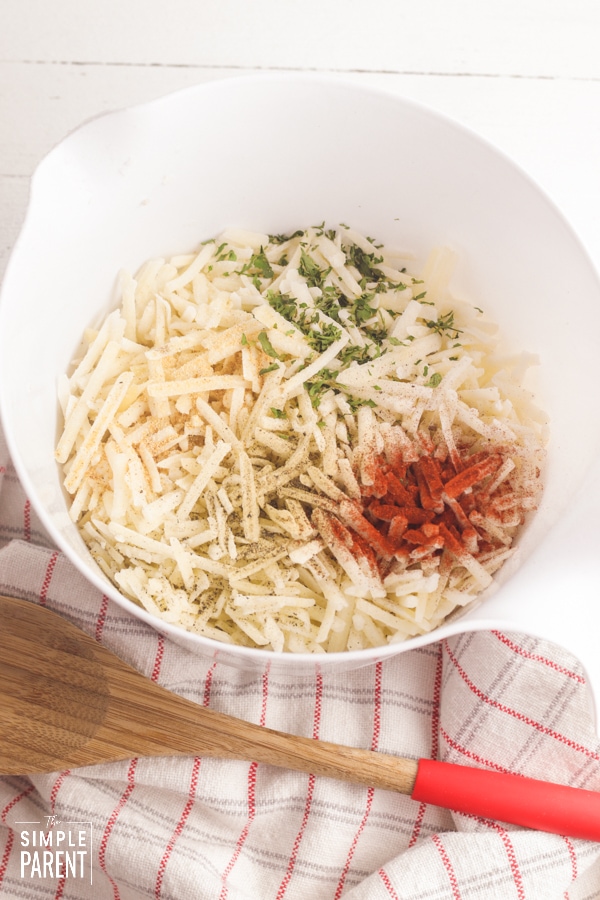 Combine the hash browns, salt, pepper, paprika, parsley, garlic powder, one cup of shredded cheese, and most of the chopped bacon in a large mixing bowl. Keep a handful of chopped bacon aside for garnishing. 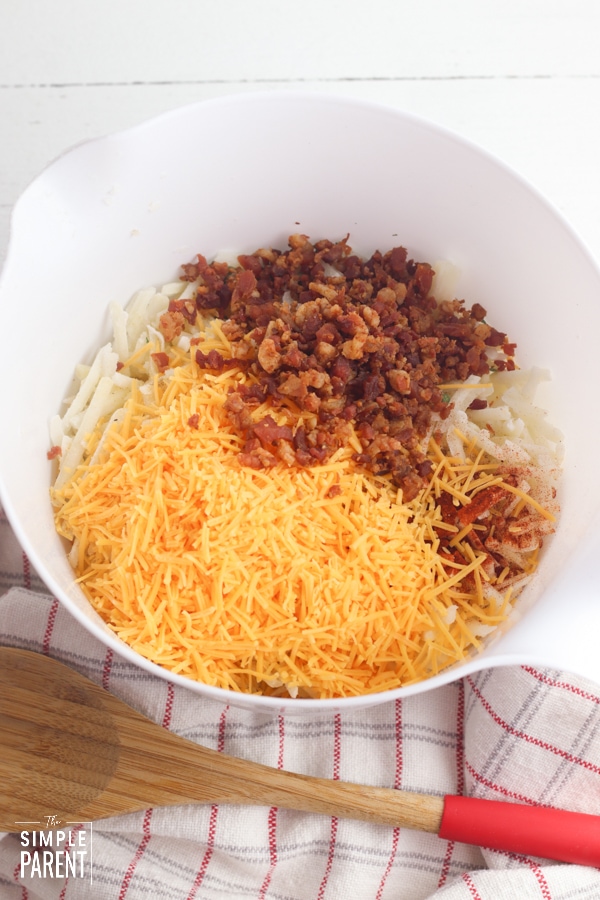 Stir the ingredients together until they are well combined and then spread them out in the prepared baking dish.

Pour the milk and butter mixture over the top of the hash brown mixture. 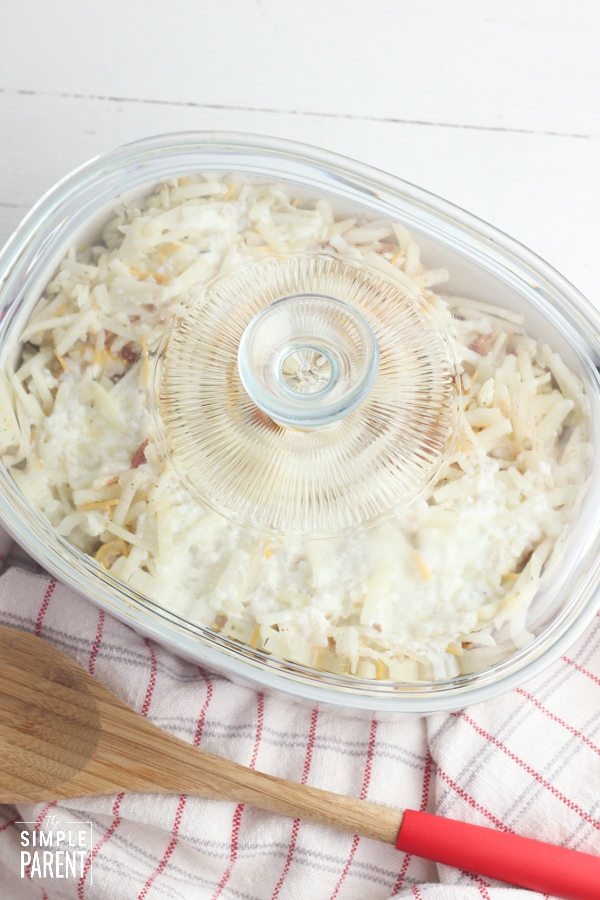 Cover the baking dish and bake for 35 minutes.

Take the cover off of the dish and top the casserole with the rest of the cheddar cheese. Bake for 10 more minutes or until the cheese has melted. 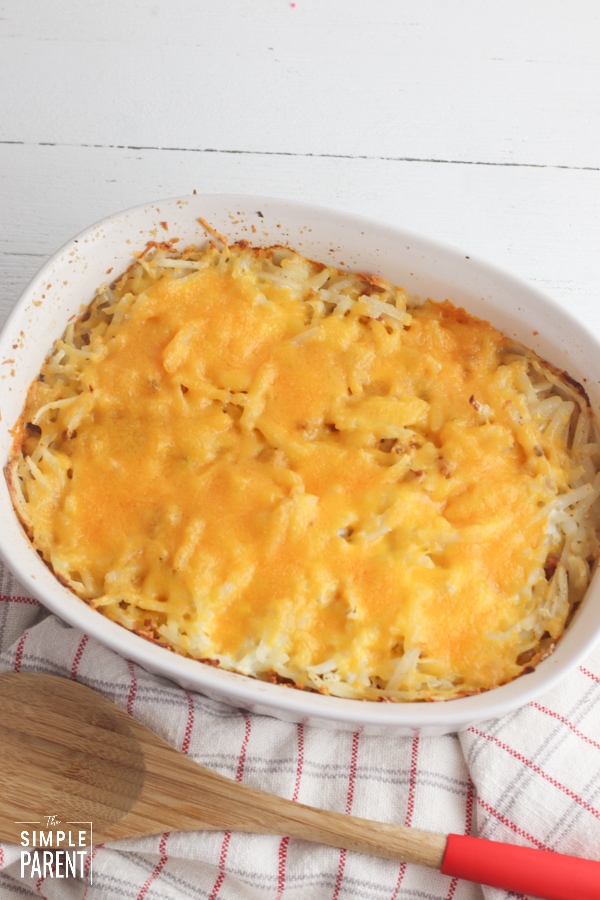 Take the casserole out of the oven and sprinkle the remaining bacon and green onions (if desired) on top to garnish. 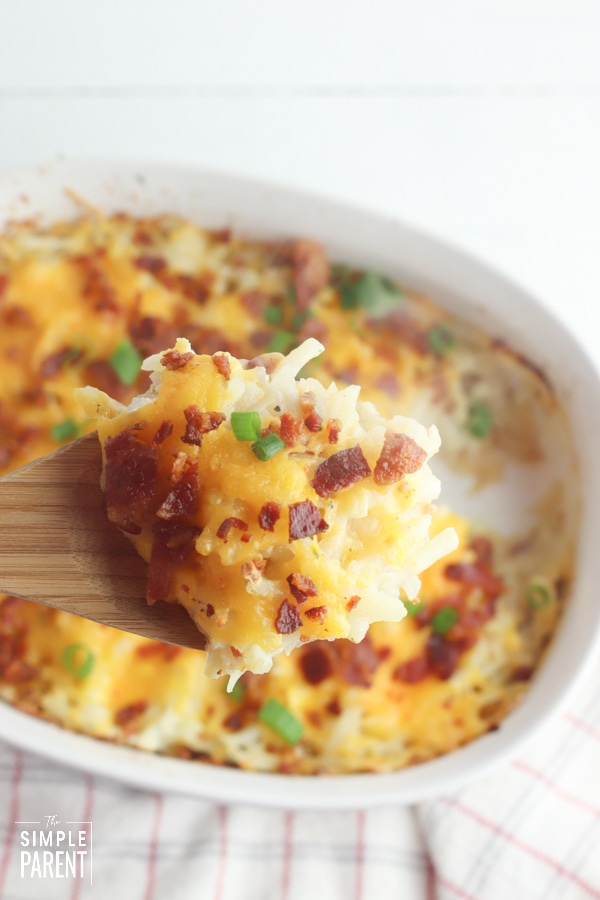 CAN I MAKE HASH BROWN CASSEROLE AHEAD OF TIME?

Absolutely! This is a great side dish for large gatherings or holiday meals.

You can prep this recipe ahead of time and store it in the refrigerator for up to three days. You want to make sure you cover it tightly and don’t bake it until you’re ready to make it and serve it up!

Once you’re ready, remove it from the refrigerator, uncover, and bake as directed in the recipe. 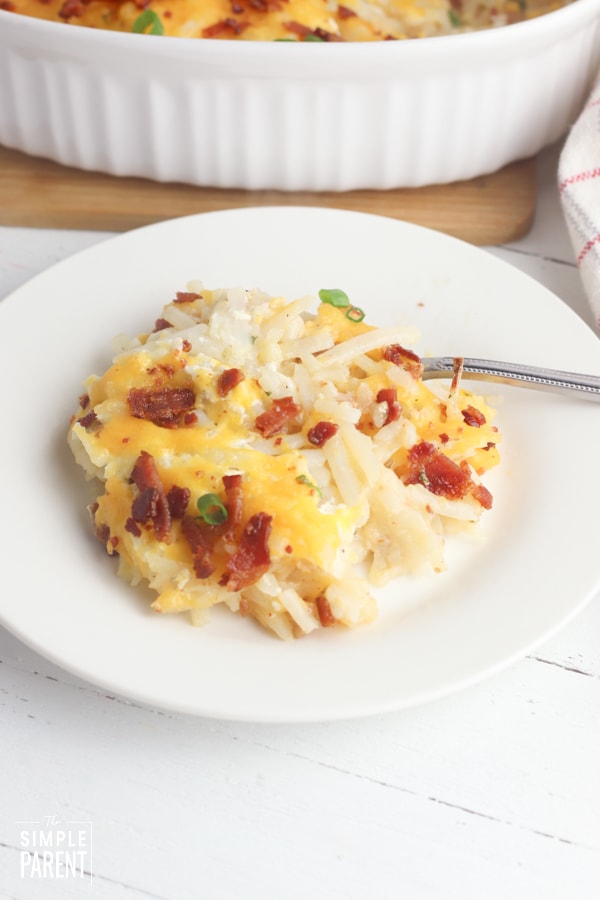 CAN I FREEZE LOADED HASH BROWNS?

If you want to prep this casserole to save for later, it freezes well! Once you prepare the casserole (DON’T bake it), store it in an airtight container that is freezer-safe. You can keep it in the freezer for up to three months. 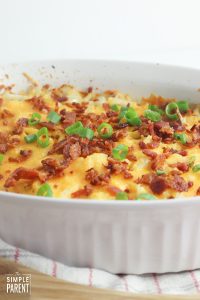