As part of the #MaryPoppinsReturnsEvent, I had the opportunity to screen Mary Poppins Returns twice and both were amazing experiences. Seeing it with my family will be my third time and I’m looking forward to it! Check out some of the reasons why you should take your family along with one thing you might want to consider as well in my Mary Poppins Returns movie review.

Thanks to Disney for providing me with a trip to LA in exchange for my coverage of the new film. 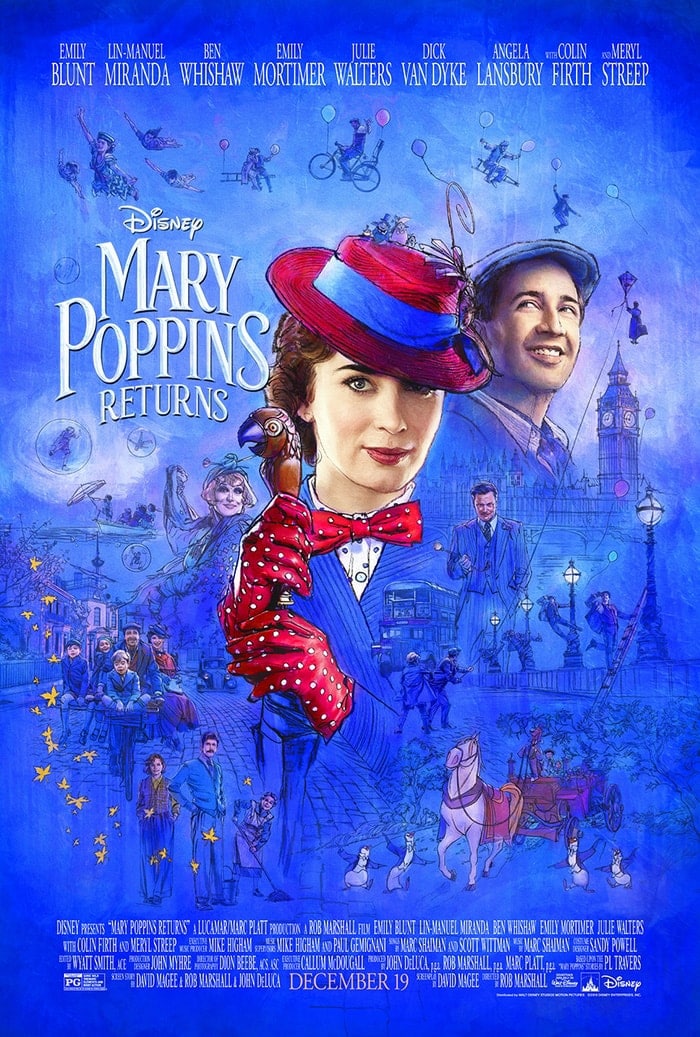 MARY POPPINS MOVIE REVIEW – SHOULD I TAKE THE FAMILY?

The short answer to the question of whether or not you should take the family to see Mary Poppins Returns next week is YES.

The movie is extremely family friendly in a time when so many movies don’t feel like they are. One thing to keep in mind is that the film is not fully animated. Yes, there are animation sequences, but if your kids are younger and only into animation, you might want to rate. The movie is also rated PG for some mild thematic elements and brief action.

One of the animation scenes is fairly intense and I see how some younger viewers might struggle.

Need a few more reasons why you should go? 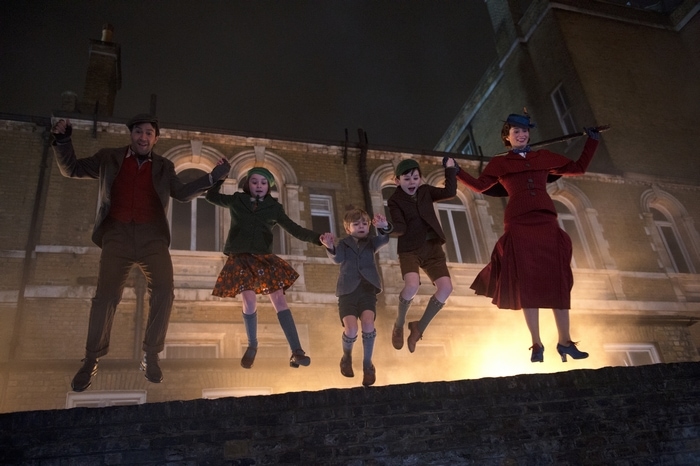 Mary Poppins Returns is an original movie musical based on the Mary Poppins stories written by P.L. Travers. It’s a new chapter to the magical world we all fell in love with in the original 1964 film.

It brings new music, gorgeous costumes, and some new characters to the world of Mary Poppins.

I’m planning to watch the classic original with Carrigan before we go to the theaters to see the new movie! I cannot wait to introduce her to both of these films!

Mary Poppins Returns does justice to the original in every area. I was nervous about this project but the moment the lights dimmed and music started, I had a very good feeling. I wasn’t disappointed.

This is an opportunity to make a connection with our kids through a character and a world that people of all ages love and adore. 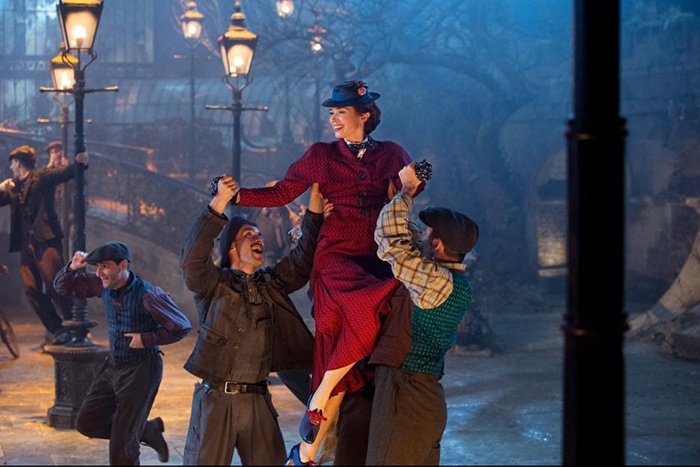 Mary Poppins Returns is not a remake of the original Disney film. FAR FROM IT. It’s a brand new original movie musical that is breathtaking.

From the moment Lin-Manuel Miranda (“Jack”) starts singing “(Underneath the) Lovely London Sky,” I think the entire family will be charmed by the new movie.

The music was created by Marc Shaiman and Scott Wittman who are the minds behind the music of shows like Hairspray! With support of Richard Sherman (the Sherman brothers wrote the songs for the original film), they’ve created a whole new album of songs we’ll all be singing for a very long time!

The kids will probably love:

These are the songs that include adventures into the fantasy world that defines Mary Poppins. That cross between live action and animation is as fun as it was in the original!

My favorite songs are:

They’re two entirely different pieces of music but both pull at my emotions in different ways. “The Place Where Lost Things Go” is Mary Poppin’s ballad she sings to the children. If you’ve lost anyone important in your life, I’ll warn you — this one could get you right where you really feel it.

“Trip a Little Light Fantastic” is the song that includes the eight-minute dance number. As a musical theater fan since I was young, I have a soft spot for production numbers. Direct Rob Marshall didn’t let me down with this one! 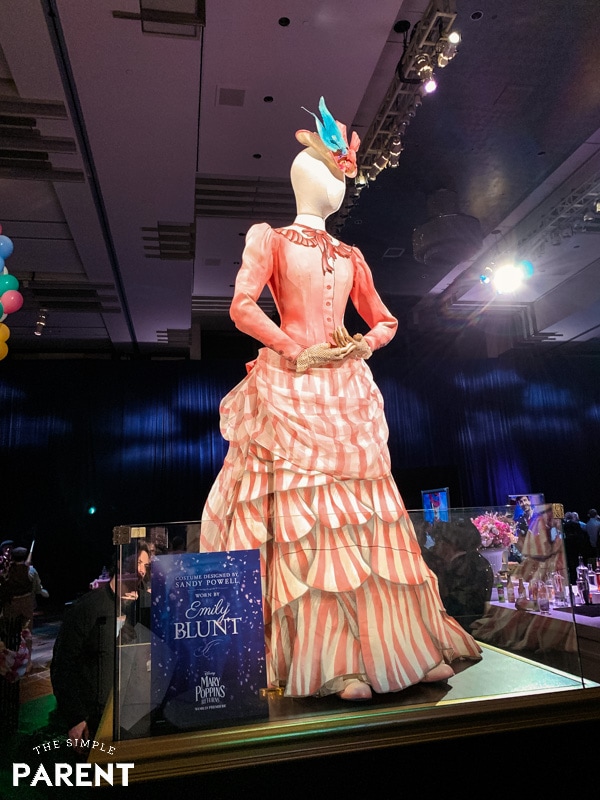 THE COSTUMES ARE A TREAT FOR THE EYES

Costumes are one thing that can add so much to a movie. Mary Poppins Returns wouldn’t be what it is without the amazing costumes designed by Sherry Powell.

Whether the characters are working through the challenges of life in the real world or leaving it all behind for adventures in the fantasy world, their costumes add so much. The costumes in this film are gorgeous and really help you feel like you’re in London during the 1930s.

While the kids might not focus much on the costumes, it’s definitely a treat for the adults. Though I do think the kids will think the costumes in the animated fantasy scenes are pretty cool! 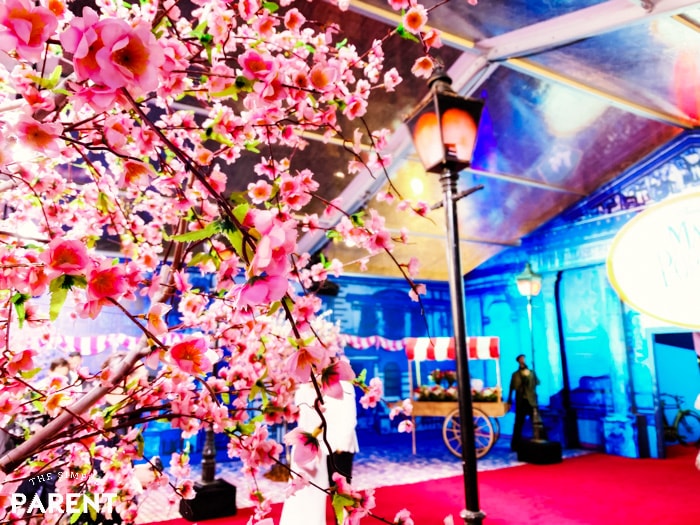 A MESSAGE OF HOPE

You’ll hear these words at the very end of the film. They’re so powerful, especially in the current world we’re raising our children in. I know I feel like I’m living in a time where it’s pretty challenging to raise kids.

Pressure seems to come from everywhere and all I want to do is raise my kids to be responsible, kind, and caring. I also want them to be kids for as long as they can. There is plenty of time for them to be adults.

Mary Poppins Returns offers us all hope. I believe you’ll leave the theater feeling refreshed and inspired. I know I’ve felt like I could do anything and that everything would be okay after I saw it.

These days, finding a piece of entertainment that is family-friendly and can leave you feeling optimistic can be hard. That’s what makes Mary Poppins Returns such a gem for parents. 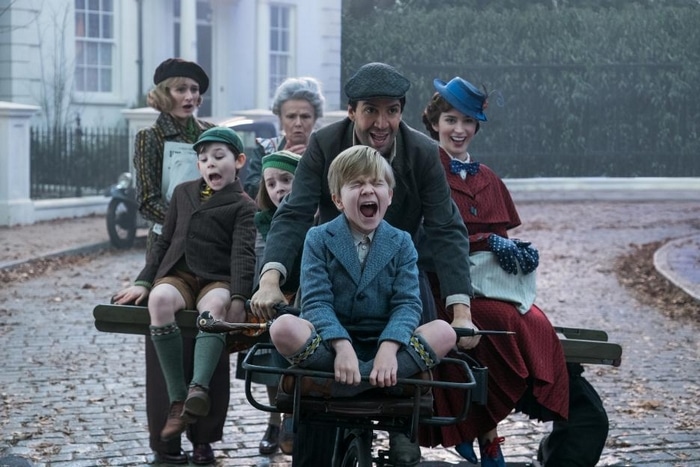 SOMETHING TO CONSIDER — RUNNING TIME

I mentioned that I had one reason why Mary Poppins Returns might not be great for your family earlier with the mix of live action and animation. But there is actually one more thing to consider — running time.

The running time of Mary Poppins Returns is 130 minutes.

So I would just take that into consideration when making your plans! You know your kids and your family best.

I highly recommend seeing Mary Poppins Returns with your family this year! It’s an amazing addition to the world of Mary Poppins and I think it will become a classic for our children the way the original is a classic for so many of us!